Arguably the largest ever gathering of current and former New York Giants is set for this weekend. The third annual Landon Collins Charity Softball Event is happening Saturday, June 8 and it promises to once again have a who’s who of Giants legends on hand.

Created by ESNY’s good friend Joe “License Plate Guy” Ruback and Landon Collins back in 2016, this year’s event pits The Offense vs. The Defense in a number of backyard games such as Dodgeball, Kick Ball, Home Run Derby and a good ole’ fashion softball game.

It has been one of the craziest offseasons in Giants history, which saw star safety Collins leave in free agency and sign with division rival Washington Redskins. Ruback, however, vows to keep the event going for years to come.

“It’s not the end, it’s a new beginning” said Ruback.

Ex-Giant RB Brandon Jacobs has also been involved for the past three years as the offensive captain. We recently caught up with Ruback and Jacobs to chat about the event.

This is a must-event for all Giants fans and a once in a lifetime chance to see your favorite players up close.

Glance at the stacked roster below, and yes, that name is Saquon Barkley. Tickets are also still on sale. 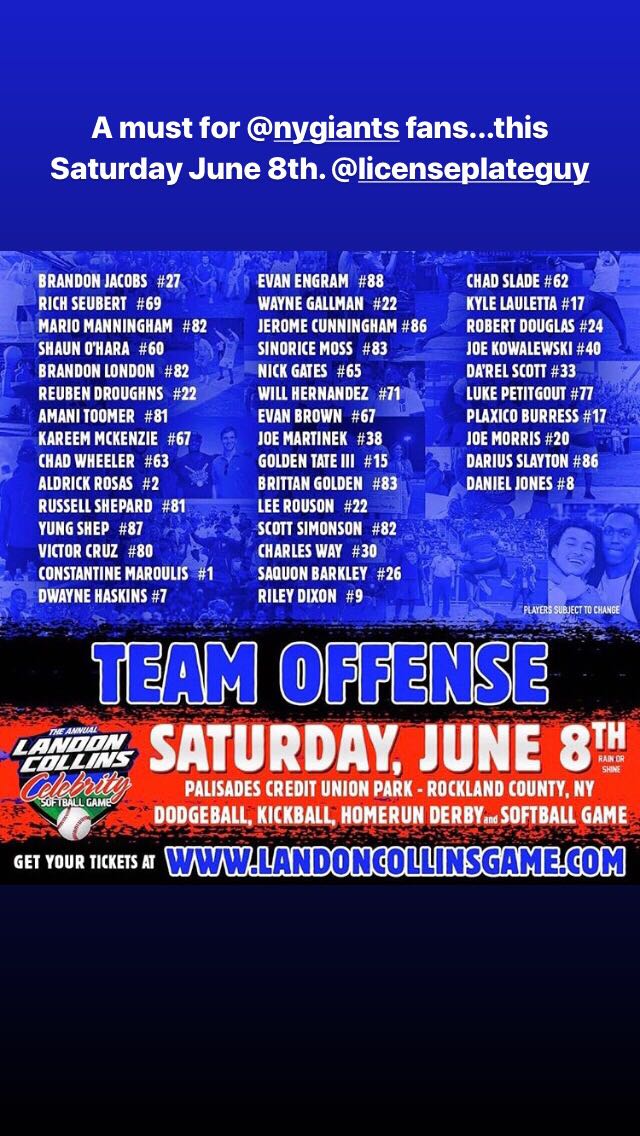 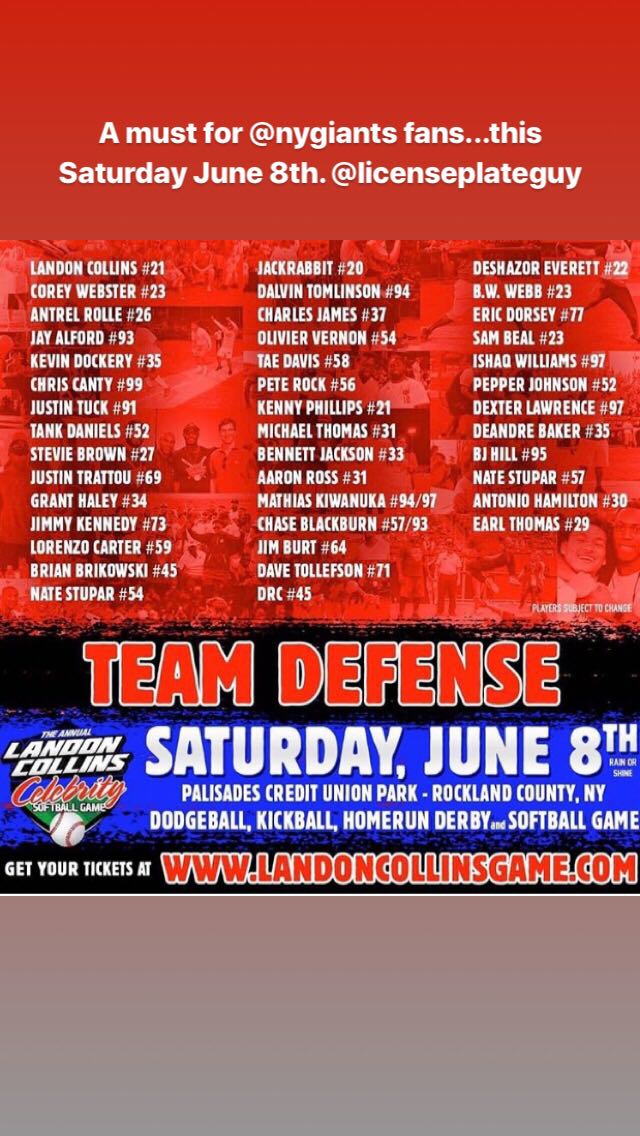 NEXT: Giants Revamped Secondary Could Be Team's Greatest Strength