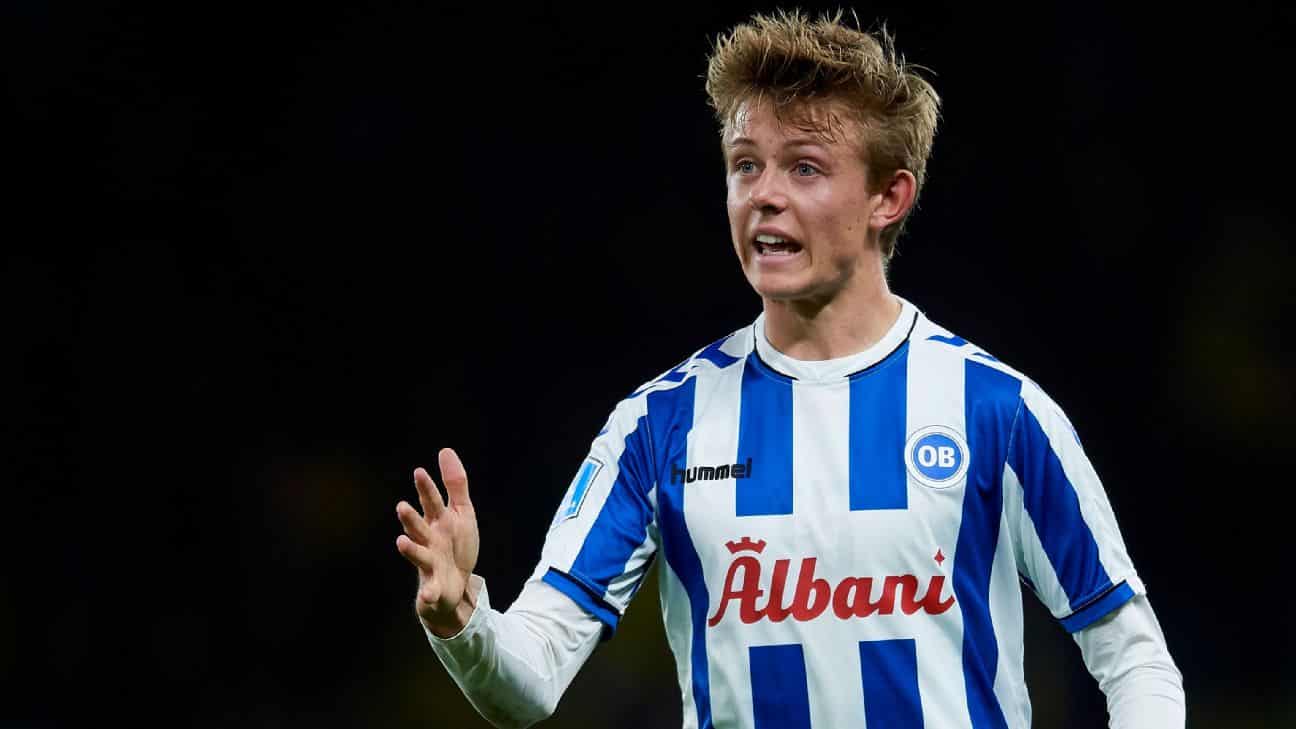 New York Red Bulls’ next game is a critical quarterfinal versus Club Santos Laguna. Would it be safe to debut 18-year-old Mathias Jorgensen?

Jorgensen has been a Red Bull player for a little over three weeks, the club has played in four competitive games since then but the 18-year-old hasn’t made his debut yet.

Jorgensen started training with the team on March 5. The club’s fans are eager to see the promising youngster in action.

RBNY’s next game isn’t the most ideal match to give a teenager his debut. Chris Armas’s men’s next outing is a must win Scotiabank Concacaf Champions League quarterfinal against Club Santos Laguna away from home in Mexico on Tuesday.

New York lost the first leg 2-0 last week, hence they will need to score at least twice to keep their chance of advancing to the semifinal alive.

The aforementioned Jorgensen is only 18 years of age, played in just 15 professional games, and only started training with the team three days ago. Would it be wise to throw him in such a vital match the team will be playing catch-up in?

The club obviously has a lot of hope in the Danish forward since they brought him in from Europe for $2.5 million when he’s only a teenager. Nevertheless, playing a youngster who never played a single minute for the club in a knockout game you’re two goals down in is a major risk—even to come off the bench.

It’s a risk perhaps Armas doesn’t need to take since the team’s current second-choice striker behind Bradley Wright-Philips, Andreas Ivan is in form. Ivan netted two goals in his first three appearances of the season.

One thing that could spur Jorgensen to make his debut in such an important game is if he excels in training, even then it would be a gamble.

However going back to how the first leg went statistically, Tuesday’s game could be the perfect match for Jorgensen to make his debut. The former Odense BK man is 6-foot-1, The Metros hit 22 crosses and had seven corner kicks last week against the Mexican side.

Jorgensen’s height could be crucial if the Red Bulls generate many scoring opportunities in the air against Santos again.

On the flip side, another reason why the game versus Santos wouldn’t be ideal for the Denmark U-19 international is the weather. The encounter will be played at Estadio Corona, in Torreon, Mexico. The temperature is predicted to go up to 91 degrees. According to Tripsavvy, Denmark’s, where the forward is used to play, temperature doesn’t go over 72 degrees.

There are quite a few reasons why it would be better for Armas to wait for a league game to give Jorgensen his debut, but you won’t know for sure if it’s worth taking the risk on Tuesday unless you do take it.