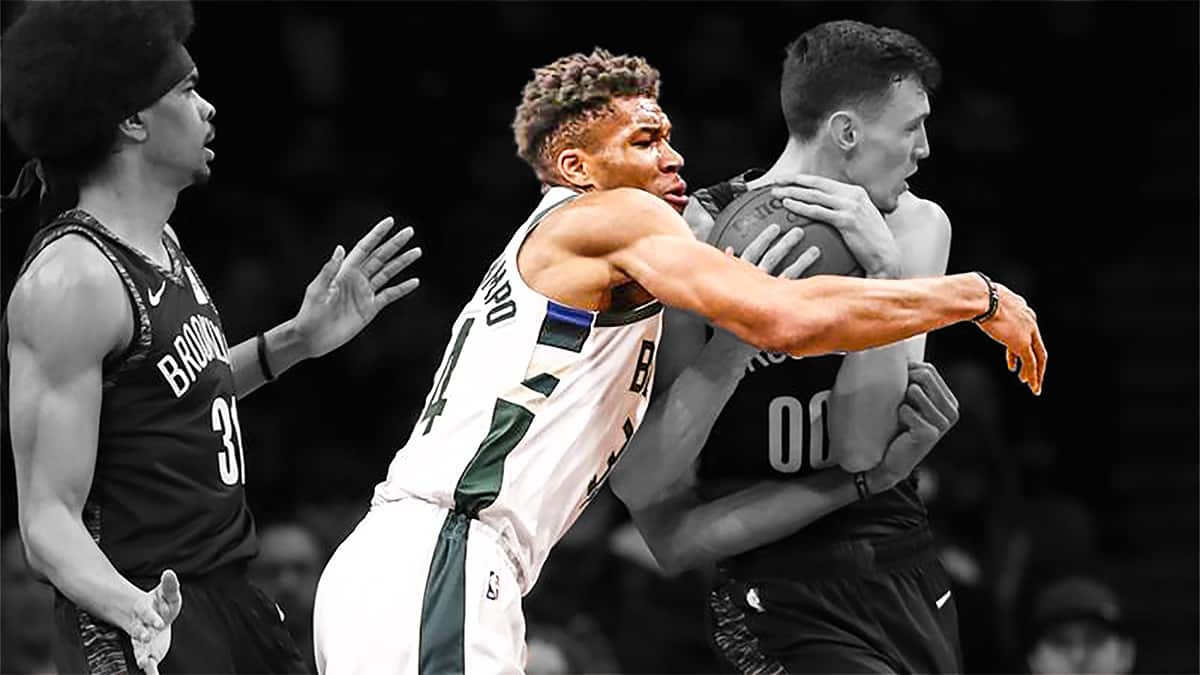 The Brooklyn Nets have lost their third straight game behind Monday night’s 113-94 loss to Giannis Antetokounmpo and the Milwaukee Bucks.

Giannis Antetokounmpo is one of the NBA’s leading candidate for the MVP award. And he let it be known Monday night when matched up against an injury-ridden Brooklyn Nets team.

The Greek Freak’s performance in Barclays Center was dominant, to say the least. He finished just one assist shy of a 30-point triple-double. Brooklyn had no answer for the 6-foot-11 forward.

It didn’t help that the Nets couldn’t find the bottom of the net—at all.

Brooklyn shot 5-for-42 from deep and 33-for-102 from the field. There’s no need to do the research to know that’s their worst game of the year in terms of efficiency.

Defensively they seemed solid, but when shots aren’t going in, it’s hard to capture a win. The Nets have now dropped four of their last six games, after going on an incredible 18-5 stretch.

From the jump, it was clear that the Nets were in for a rough ride. They entered Monday night’s game without Caris LeVert, Joe Harris, Allen Crabbe, Jared Dudley, and Spencer Dinwiddie.

You could argue that all of those guys are starting caliber players, aside from Dudley, who’s been forced into the starting lineup due to injuries in the frontcourt. Brooklyn’s been relying on D’Angelo Russell‘s hot streak and Shabazz Napier to lead the second unit.

Both of those guys ran dry tonight. Russell scored 18 points on a poor 7-for-20 from the field to go with five assists. Napier, in his second start this season, scored 15 points on 0-for-10 shooting from deep.

Brooklyn’s fourth quarter featured a five-man man lineup made up entirely of players who’d been featured with their G-League affiliate. Theo Pinson, Dzanan Musa, Rodions Kurucs, Mitch Creek, and Alan Williams were sent out with over seven minutes to play.

The good news? Adrian Wojnarowski of ESPN reported today that both Caris LeVert and Allen Crabbe are nearing their return to the court. Furthermore, Harris will rejoin the team for their Wednesday night matchup against the Denver Nuggets.

Help is on the way, in the form of injury relief, and any potential trades general manager Sean Marks works in before Thursday’s deadline.

.@_bigjayy_ rises up for the TIP SLAM over Giannis Antetokounmpo ??

.@Dloading called bank, we heard it.

? @ShabazzNapier weaves through the lane and gets two off the high glass ? pic.twitter.com/uqCcV6vYdo

The BEST plays as the Bucks win their 6th straight in Brooklyn!!#FearTheDeer pic.twitter.com/KenI9uGSqD

NEXT: The Harsh Truth Behind D'Angelo Russell's Near All-Star Snub