Twenty-sixteen was the lone bright season for the New York Giants post-Super Bowl 46, but it was also the season that ultimately set the franchise back.

This weekend is a tough one for New York Giants fans. They have to watch the Dallas Cowboys and Philadelphia Eagles play in the Divisional Round of the NFL Playoffs.

Watching other teams play in the tournament has been a common thing for Giants fans in recent years. Their beloved football organization has only made the playoffs once since defeating the New England Patriots in Super Bowl 46.

That year was 2016, when the Giants finished 11-5, swept the season series against the Cowboys, and were the fifth seed in the NFC playoffs. The Giants would get blown out in the Wild-Card Round, 38-13 to the Green Bay Packers, but many viewed this season as a building block for better things to come.

Instead, 2016 proved to be nothing more than an aberration as the team plummet the next two seasons, and have gone through wholesale changes to the front office, coaching staff, and roster.

There’s a saying that you are what your record is, and most of the times that saying holds true. But when you look closely at the Giants 2016 season, there were animus signs that the team was not as good as their record would indicate. 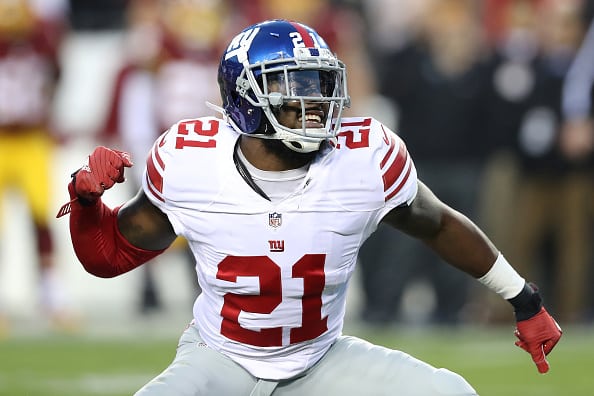 It’s hard to win games in the NFL and the Giants deserve credit for finding a way to win 11 games and advancing to the playoffs. But, ultimately, that season would set the franchise back long term.

Here’s how making the playoffs set the Giants back:

A false assessment of the roster

Jerry Reese believed the Giants offensive woes were due to the offense not having enough playmakers outside of Beckham and Sterling Shepard. Consequently, Reese provided Manning more weapons by drafting Evan Engram in the first round of the 2017 draft while signing free agent Brandon Marshall.

Marshall’s time with Big Blue lasted just five games. Engram has shown promise that he can be a dynamic playmaker in this league, but it’s become obvious that Reese’s focus should have been directed towards rebuilding the shaky offensive line. He could have drafted Wisconsin tackle Ryan Ramczyk or signed free agent tackle Andrew Whitworth. It just so happens that Ramczyk and Whitworth have both helped their teams (New Orleans Saints & Los Angeles Rams) win their divisions in each of the last two seasons.

As we all know, the Giants suffered through the worst season in the history of the franchise, finishing 3-13. As a result, Reese and head coach Ben McAdoo were fired in December.

The new regime of general manager Dave Gettleman and head coach Pat Shurmur believed the disastrous 2017 season was based on a rash of injuries and issues within the locker room, and that a few tweaks the Giants could be contenders in 2018 since the team made the playoffs in 2016.

While the Giants showed signs of improvement this season, they were far from contenders as their 1-7 start indicated. Perhaps if Gettleman and Shurmur had a better assessment of the roster they would have made better financial decisions such as not signing Nate Solder to being the highest-paid left tackle in NFL history.

In terms of finding an eventual successor to Eli Manning, 2016 was the wrong year for the Giants to have a winning season. This cost them a chance to draft one of the top quarter backs in the 2017 draft.

Much has been made about the Giants passing up on a quarterback in the 2018 draft and selecting Saquon Barkley with the second pick in the draft. We’ll have to wait and see how the 2018 quarterback class pans out, but we’ve already seen the quarterbacks taken in the first round of the 2017 draft lead their teams to success.

This season, the trio of Mahomes, Watson and Trubisky combined for 100 touchdown passes to just 33 interceptions. Each of them had a quarterback rating of at least 95.4, and more importantly, each of them led their teams to division titles this season.

The Chiefs, Texans and Bears all have bright futures ahead of them thanks in large part to the quarterbacks they took in 2017.

If the Giants had a top 10 draft pick in the 2017 draft as they did in 2015, 2016, 2018, and in this year’s upcoming draft, they would have been able to select one of these quarterbacks to be the heir apparent to Manning. Instead, there’s a cloud of uncertainty over the Giants quarterback situation for 2019 and beyond.

Of course, if there’s a possibility if the Giants took one of those quarterbacks, they wouldn’t have been in the position to take Barkley last year. But no position is as important in the NFL as the quarterback position.

A franchise and fan base would never want to not make the playoffs. But while 2016 was a joyous year for the franchise, it also contributed to the team going 8-24 over the last two seasons.