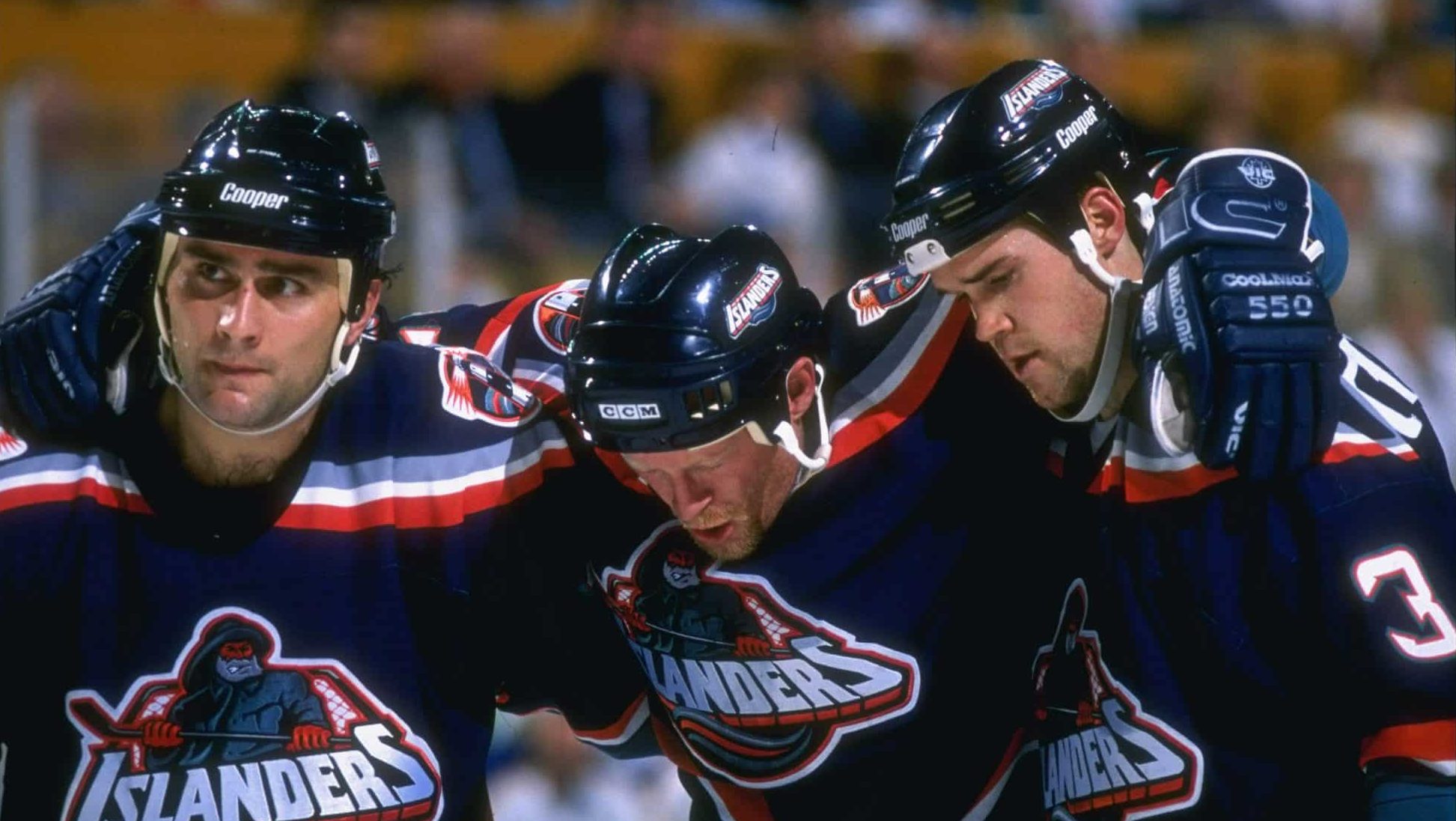 The Islanders are selling the polarizing fisherman jersey in their return to Nassau, but fans would love to see it make a return to the ice.

With all the hype around the New York Islanders return to Nassau Coliseum, anything they do will be news. So when the Isles released pictures of the polarizing fisherman jersey, the jersey made waves within the fanbase.

Fashion comes in ? ????? ? The best part of ‘90s trends making a comeback… Made specially for fans, official #Isles⁠ ⁠⁠fisherman jerseys are available now at the @nyislandersproshop at @northwellhealthicecenter & tomorrow at @NYCBLive!

The announcement said it would be available at both NYCB Live and the Northwell Health Ice Center ready for fans to purchase as early as Saturday’s opener. Whether it is customizable or not with the specially designed numbers and letters is a different story.

Weaving through the comments is like walking through a war-zone. There is one side of the fanbase, predominantly the older side, that cannot stand the jerseys and feel it should be wiped from their history books. The other, normally a much younger side, loves the outlandish design and wants all the details so they could make preparations to buy it.

The bold jersey, introduced in 1995 to embody the culture of Long Island, was met with hatred. The full set only lasted from 95-97 before the team introduced the classic Islanders logo on the wave template. In 1998, the full shift went back to the classic jersey design in navy.

What’s interesting is that the Islanders did bring the fisherman crest back for warmups on Feb. 3, 2015, against the Florida Panthers. The purpose was to celebrate the team’s history in the final year at Nassau Coliseum. At that time, the crest wasn’t seen on the ice in over a decade. The numbers and letters were used on the warmup jerseys so they have to be somewhere for those interested in personalizing.

There’s an incredible amount of baggage that comes with seeing the fisherman crest. Memories of Mike Milbury, John Spano, and countless memories rush to the front of the mind. The only response is “Stop, don’t do it.” And of course, the “We want fish sticks!” chants raining down from both New York Rangers and New Jersey Devils fans. Interestingly enough, a book titled after the chant written by Dr. Nicholas Hirshon explains the story of the “bizarre and infamous” rebranding.

However, to those that hate it, this is a different time. The team is not one decade removed from four consecutive Stanley Cups. The last playoff appearance was not a dreadful and embarrassing sweep at the hands of the Rangers. In addition, this trend is in right now.

Jerseys from the 90s are back. Prime examples are the Arizona Coyotes and the Anaheim Ducks with their third jerseys. If there’s ever a time to bring back the once-vilified fisherman, this is it. And no, this should not become a home and road set again. But, why not a third jersey? This could go over well if the other side of the fans gave it a chance.