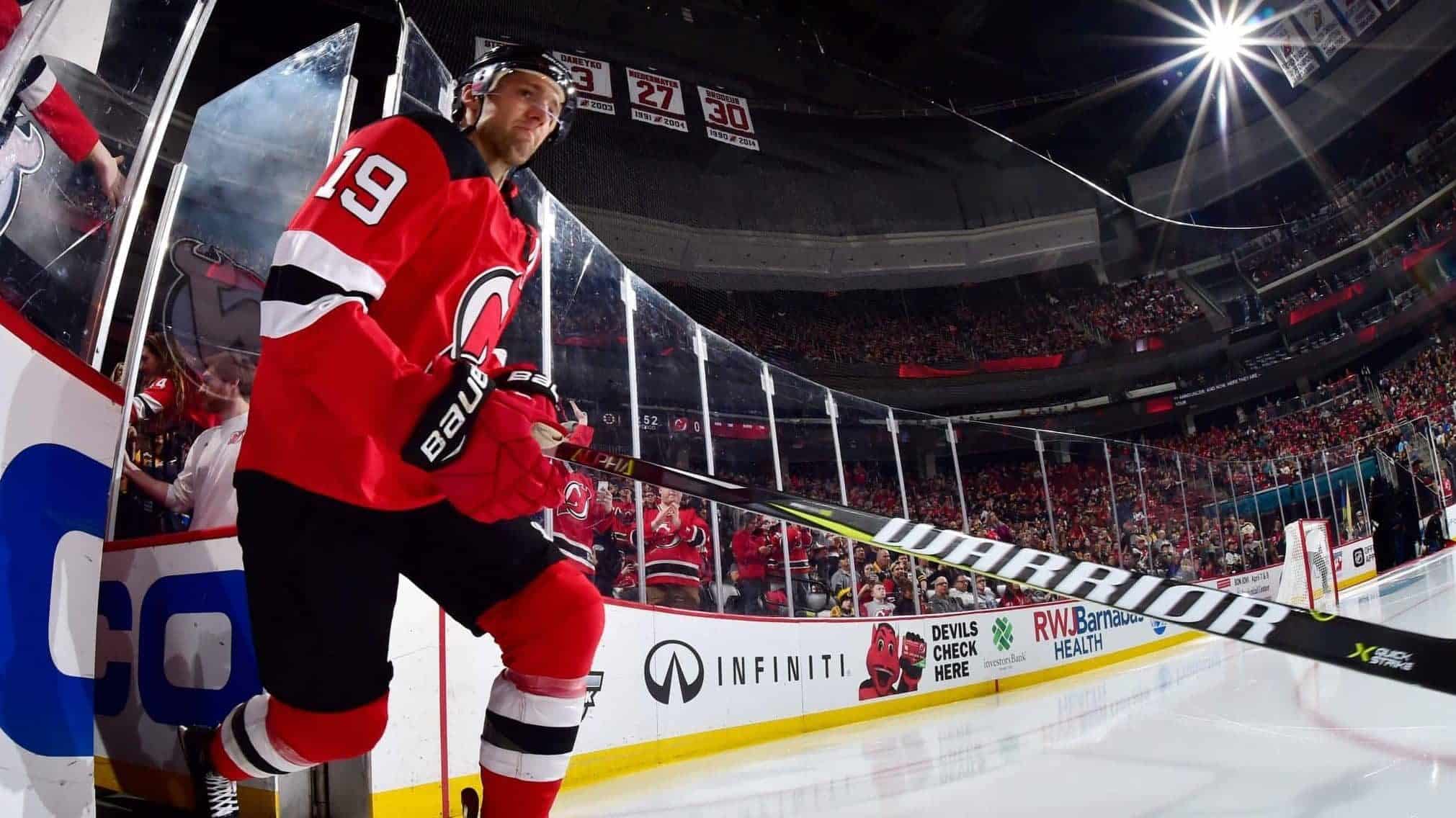 The New Jersey Devils will be without both Travis Zajac and Ben Lovejoy when their team visits Philadelphia on Saturday afternoon.

The New Jersey Devils will play without two of their players when they visit the Philadelphia Flyers at Wells Fargo Center for a matinee game on Saturday afternoon.

Travis Zajac and Ben Lovejoy will both miss the game as both were injured in the teams 5-3 loss to the Colorado Avalanche in Thursday night’s game at the Prudential Center.

The Devils will be without Travis Zajac and Ben Lovejoy when they play the Flyers on Saturday. https://t.co/eZ4qO2kvFL

According to head coach John Hynes, both players are listed as day-day and will be reevaluated later on in the week.

Zajac has two goals with four points in five games for New Jersey this season. He was replaced by Blake Coleman at center on a line with Marcus Johansson and Drew Stafford. Defenseman Steve Santini replace Ben Lovejoy pairing up with Will Butcher.

Corey Schnieder to play in Binghamton

New Jersey Devils goaltender Corey Schnieder was activated off the injured non-roster list and was sent to Binghamton of the American Hockey League. He will see his first game action when Binghamton takes on Cleveland on Saturday.

The 32-year-old goaltender had surgery on May 21 to repair torn cartilage in his left hip. He has been working out with goalie coach Roland Melanson as he continues to rehab from the procedure.

Head coach Hynes said of Schneider, “it’s important for him to play a live-game situation against another opponent where the score of the game matters. We’re excited for him. It’s a good opportunity for him to get back in and get his game back.”

Schneider has not played in actual game action since the Devils lost in game five of the first round of the Stanley Cup Playoffs last season.