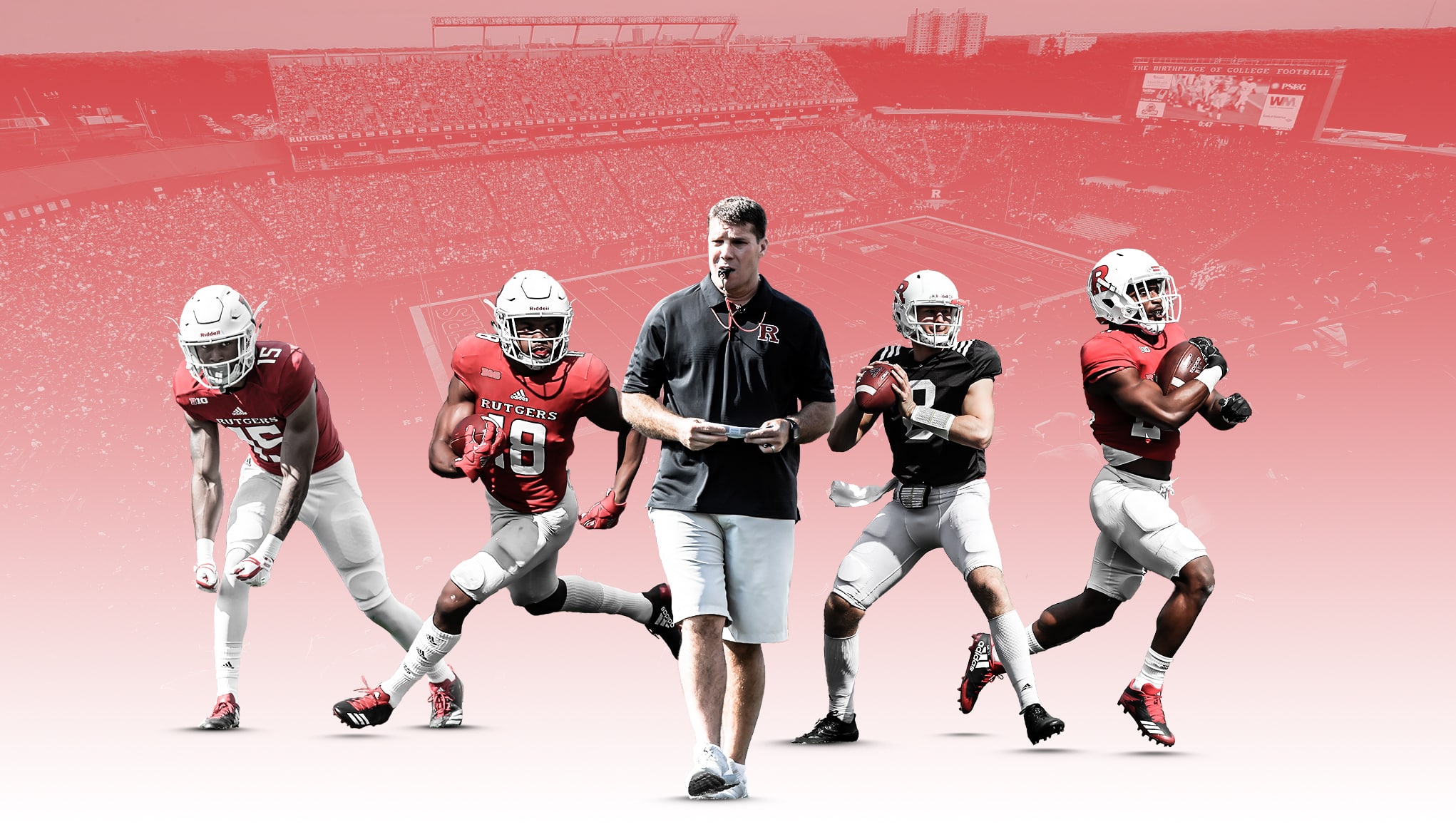 The Scarlet Knights, who improved to 4-8 last season, will need to see improvement from their dormant offense to make a move in the Big Ten.

The Rutgers Scarlet Knights need little reminder of what a nightmare their Big Ten dreams have become. The era began with a strong eight-win season and bowl game victory in 2014, but the team has won just four conference games since then. In that span, there have been plenty of downright brutal moments, embarrassments that did not subside in 2017. The second week of the season saw the Knights drop a home game to Eastern Michigan, the latter’s first win against a Power-5 program, and they lost their final three games, including two against ranked teams, by a 116-13 final.

This is going to be the biggest year yet for Chris Ash, who enters his third seasons in Piscataway, the proverbial make-or-break year for would-be college coaching saviors. There were fleeting glimpses of hope last season, as Rutgers earned three Big Ten wins after going winless in the conference in 2016, but more will be needed if he’s to be trusted beyond 2018.

The Scarlet Knights are in desperate need of a boost when they have the ball. Last year’s unit ranked 128th in the nation, besting only winless UTEP. To combat the problem, they’ve brought in an old friend from the team’s glory days, John McNulty. Fresh off a nine-year trip to the NFL, McNulty worked with the Knights from 2004 through 2008, coinciding with the most prominent stretch in Rutgers football history. Among the Rutgers offensive legends mentored under McNulty’s watch as a receivers and quarterbacks coach, as well as a two-year stint as offensive coordinator, are Mike Teel, Kenny Britt, Tim Brown, Ray Rice, and Brian Leonard, all of whom rank in the upper half of major Rutgers rankings.

The first thing McNulty will have to do is find clarity in the Knights’ passing situation. True freshman Artur Sitkowski beat out returnees Giovanni Rescigno and Johnathan Lewis for the opening weekend quarterback honors, marking the first time that Rutgers will start a rookie at quarterback to open the year since 2001 when Ryan Cubit had the honors. The tall alum of Florida’s IMG Academy, standing at 6’6, impressed in the team’s spring game, throwing for 280 yards and three touchdowns. ESPN ranked him as the 17th-best pocket passer in their Top 300 prospects of the Class of 2018. Establishing a solid offensive system under Teel during his first Rutgers stay, McNulty can help the Knights reestablish an offensive prescience by developing Sitkowski as a long-term solution, something that has evaded Rutgers since Gary Nova graduated in 2014.

There’s further transition in the backfield for Rutgers, as top 2017 rushers Gus Edwards and Robert Martin are gone (the latter as an undrafted free agent with the local Giants). Expect sophomore Raheem Blackshear to take a bigger role in the offense. Blackshear’s 6.1 average was slightly inflated by a sterling performance against Morgan State (14 carries for 102 yards in a 65-0 win), but nonetheless posted respectable numbers in limited action as a true freshman. Graduate transfer Jonathan Hilliman adds power from Boston College.

Sitkowski has an instant weapon to throw to, as tight end Jerome Washington, expected to be one of the few impactful seniors on the offense, has drawn consideration from both Mackey Award voters and NFL scouts. In the midst of the tumultuous passing situation, Washington, a Miami transfer, led the team with 28 receptions and 282 receiving yards. The rest of the corps, however, will be very young. Incoming freshmen Daevon Robinson and Zihir Lacewell may be called upon to contribute immediately, especially with a fellow freshman like Sitkowski under center. His protection will be headed by left tackle Tariq Cole, who was named to a second-team preseason All-Big Ten unit by Athlon Sports.

Flashes of brilliance from the Scarlet Knights defense were there, but two of those providers, end Kemoko Turay and tackle Sebastian Joseph, were rewarded with phone calls at the NFL Draft, the former becoming a second-round pick of the Colts.

The team will, however, will gain reinforcements in linebacker Tyreek Maddox-Williams and cornerback Blessuan Austin, each coming back from an injury. Austin, in particular, is a strong return, his junior season cut short last year by an ACL tear in September. Bypassing the NFL for another year in Piscataway, he will look to build on a strong sophomore season from 2016, where his 14 pass deflections were good for second in the Big Ten.

Maddox-Williams will further strengthen one of the team’s biggest positives, its linebacking corps. Hard hitting seniors Trevor Morris and Deonte Roberts combined for 222 tackles last season, while sophomore Tyshon Fogg provides depth as he looks to work off of a promising debut. The defenders behind them consist of a strong secondary, even account for the drug-related dismissal of safety KJ Gray, as Saquon Hampton returns alongside cornerback captain Isaiah Wharton, he of 36 consecutive starts. Three-star recruit Malik Dixon also joins the safety corps.

The biggest issue on defense will likely be the front line, which is going through a transition of their own. Only one starter from the line, end Kevin Wilkins (44 tackles, including 7 for a loss), is coming back, but he will have experience next to him in the form of tackles Jon Bateky (senior) and Willington Previlon (junior), each of whom are expected to move into starting roles.

Removing their Urban Meyer-free visit to Ohio State on September 8, six of the Scarlet Knights’ first seven opponents went a combined 20-52 last season, with four of the games in Piscataway. The subpar competition, particularly Saturday’s opener against Sun Belt bottom-feeder Texas State, will allow free research and development for an offense in desperate need of traction and consistency.

But, in the third year of Ash’s Rutgers career, there is little room for egregious error. Probably no one will fault the Knights if they go the final month of the season, featuring four games against competition ranked the preseason polls, without a win, but another embarrassing loss in September or October can’t happen.

The Scarlet Knights have a prime opportunity to open up the season on, perhaps, a 5-1 mark. Four of the first six games are in the Garden State, including a back-to-back pair against Indiana and Illinois, the first two Big Ten home games of the year. The Ohio State visit, Meyer or no Meyer, figures to be brutal, but a visit to Kansas, winners of 15 games since 2010, provides a prime opportunity for a non-conference win.

Should Ash emerge from October with a winning record, a perfectly attainable goal, the season can be considered a success. But if disaster strikes, the Knights could very well find themselves doing in a head coaching rodeo for the third time this decade.