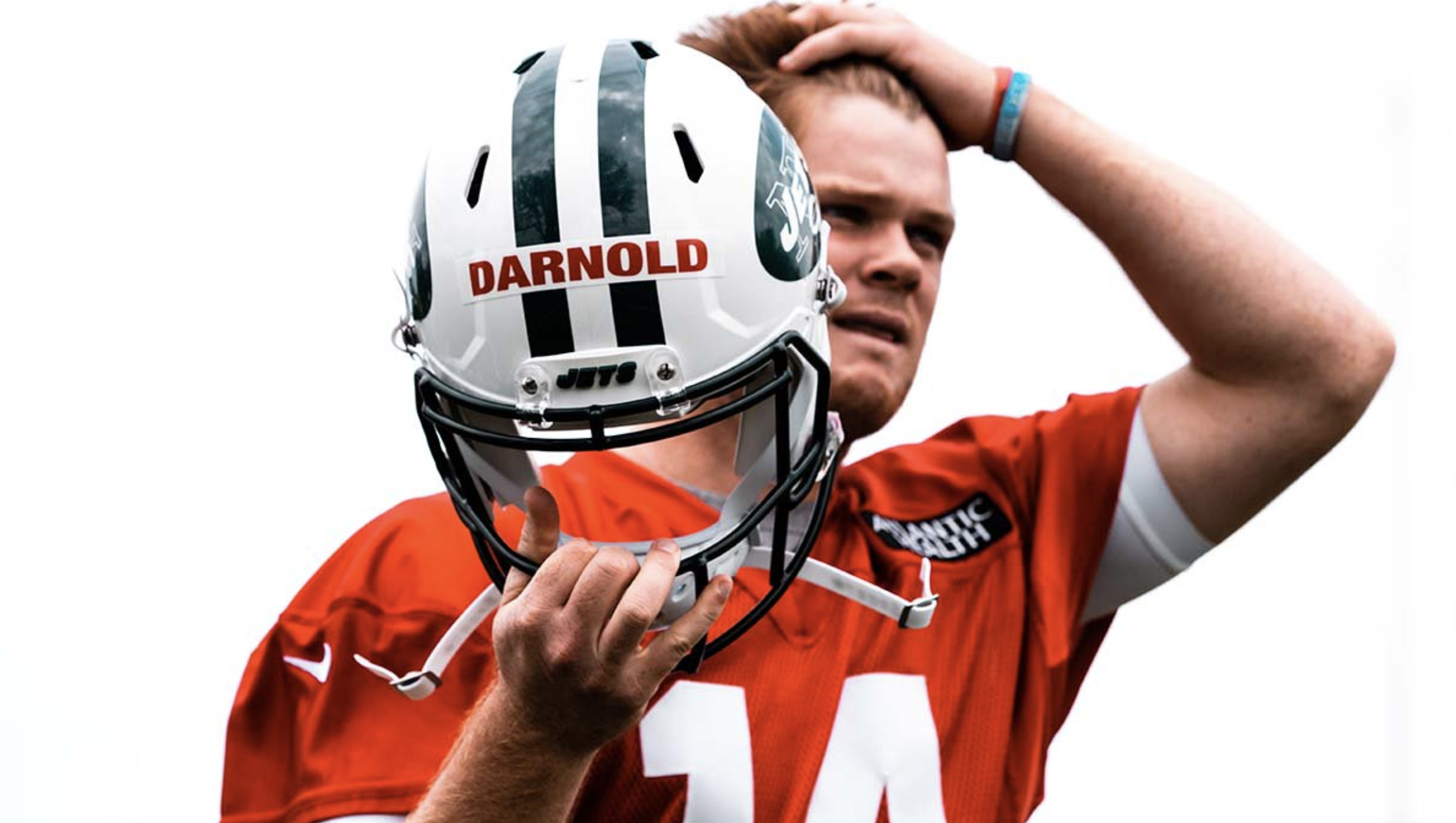 In a scene right out of a movie, Sam Darnold’s new teammates welcomed him in with two slow claps as he joined the New York Jets in Florham Park.

Sam Darnold officially took the field as a member of the New York Jets on Monday afternoon. His new teammates made sure he was welcome.

Shortly after Darnold signed a fully guaranteed contract that will pay him $30.25 million over four seasons, he took the field for his first practice with a full Jets squad on the field. A

s Darnold emerged in his red non-contact jersey, his teammates playfully gave him the “slow clap” treatment, building up to a team-wide roar.

So this just happened: Newly signed Sam Darnold jogged on the field at 2:01 and received a slow clap from teammates. Josh McCown shook his hand and gave a playful head slap. Away we go. #Jets pic.twitter.com/oRnMAOZvPh

In a video recorded by ESPN’s Rich Cimini, Darnold’s new comrades clap it up, hooting and hollering as he joins his fellow quarterbacks. As he noted in his tweeted, incumbent started Josh McCown greeted his fellow thrower enthusiastically, signaling the unofficial beginning of the three-man race for the Jets’ starting quarterback job, alongside veteran free agent Teddy Bridgewater.

Speaking with reporters after practice, Jets head coach Todd Bowles had a tongue-in-cheek reply to Darnold’s emergence, according to SNY’s Ralph Vacchiano.

Despite Darnold making his training camp debut, the Jets did not make him available to the media afterward.

This week, the Jets’ training camp activities will culminate with a Green and White scrimmage set to be held at High Point Solutions Stadium, home of Rutgers football in Piscataway, NJ.