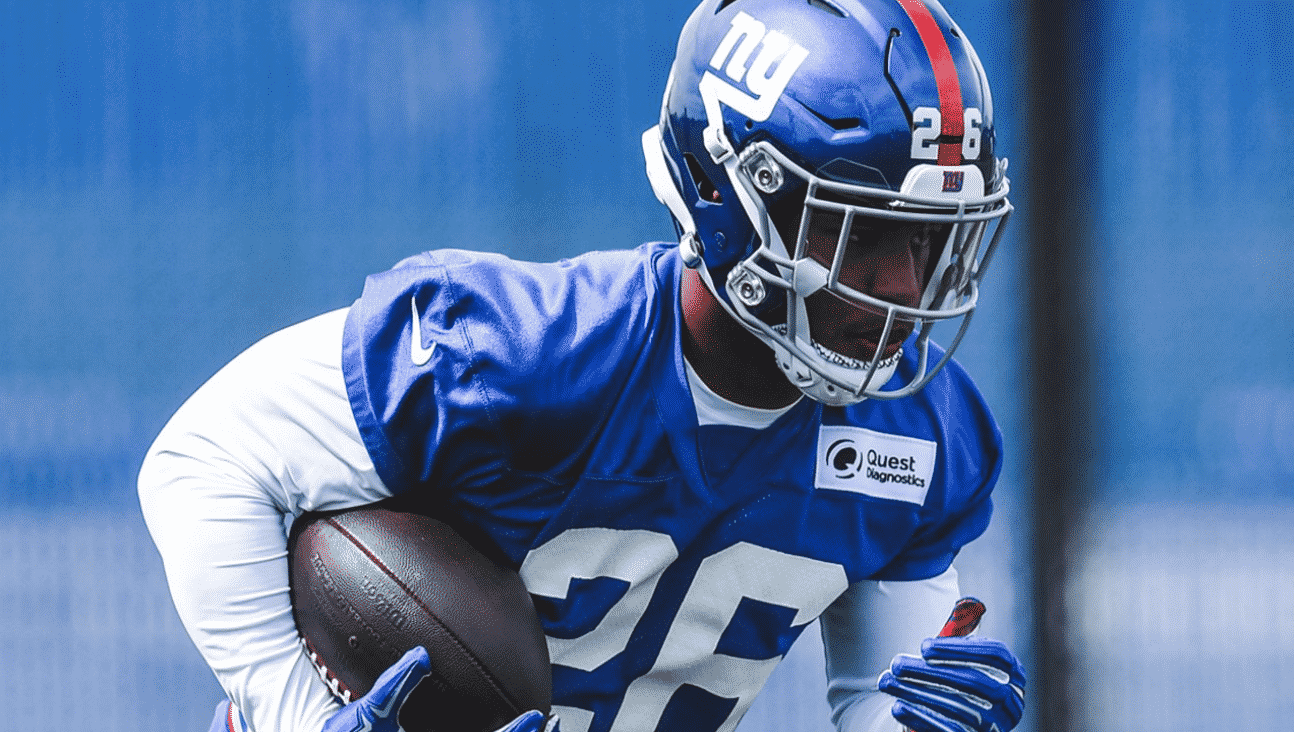 New York Giants fans will get a glimpse of Saquon Barkley every Sunday night, even when their team isn’t involved in the NFL’s premier showcase.

Running back Saquon Barkley will appear in the famous Sunday Night Football intro along country star Carrie Underwood and will be the league’s lone rookie to do so.

NBC Sports had shared a video in June of Barkley posing in front of a green screen, but with more names confirmed to be appearing in the prologue via an NBC Sports press release, the second overall pick of last spring’s draft will be the lone rookie to appear.

We've got a rookie in the house!

We filmed with @Giants running back @Saquon Barkley this week for the new #SNF open ? pic.twitter.com/eUKMNDWRnZ

NBC’s Sunday Night Football has taken over as the marquee regular season slot for NFL regular season games. Since its debut season in 2006, when NBC took over the traditional Sunday night game from ESPN, one of the trademarks of the broadcast has been an introductory song just before kickoff. 2018 will be Underwood’s sixth season-opening SNF.

Previously, the song was “Waiting All Day For Sunday Night,” itself a variation on Joan Jett’s “I Hate Myself For Loving You.” Prior to Underwood’s casting in 2013, fellow country star Faith Hill performed the opening number from 2007-12, after pop artist Pink handled the debut season in 2006.

Notable Giants to be included in the intro include Jason Pierre-Paul, Eli Manning and Odell Beckham Jr.

The 2018 intro will have a bit of NFC East flair to it. Dallas Cowboys quarterback Dak Prescott is set to return and four Super Bowl champions, Carson Wentz, Zach Ertz, Lane Johnson and Fletcher Cox will represent the Philadelphia Eagles.

The new intro will likely debut during Week 1’s Sunday night contest, set to match up the Chicago Bears and Green Bay Packers at Lambeau Field.

The Giants are currently destined for a single Sunday night game, Week 2’s visit to Dallas, but that could certainly change under SNF’s flexible scheduling procedures. It will mark the 12th time the teams have met on Sunday night since NBC’s takeover in 2006.

NEXT: Manning, Webb Stand Out In Sunday's Practice