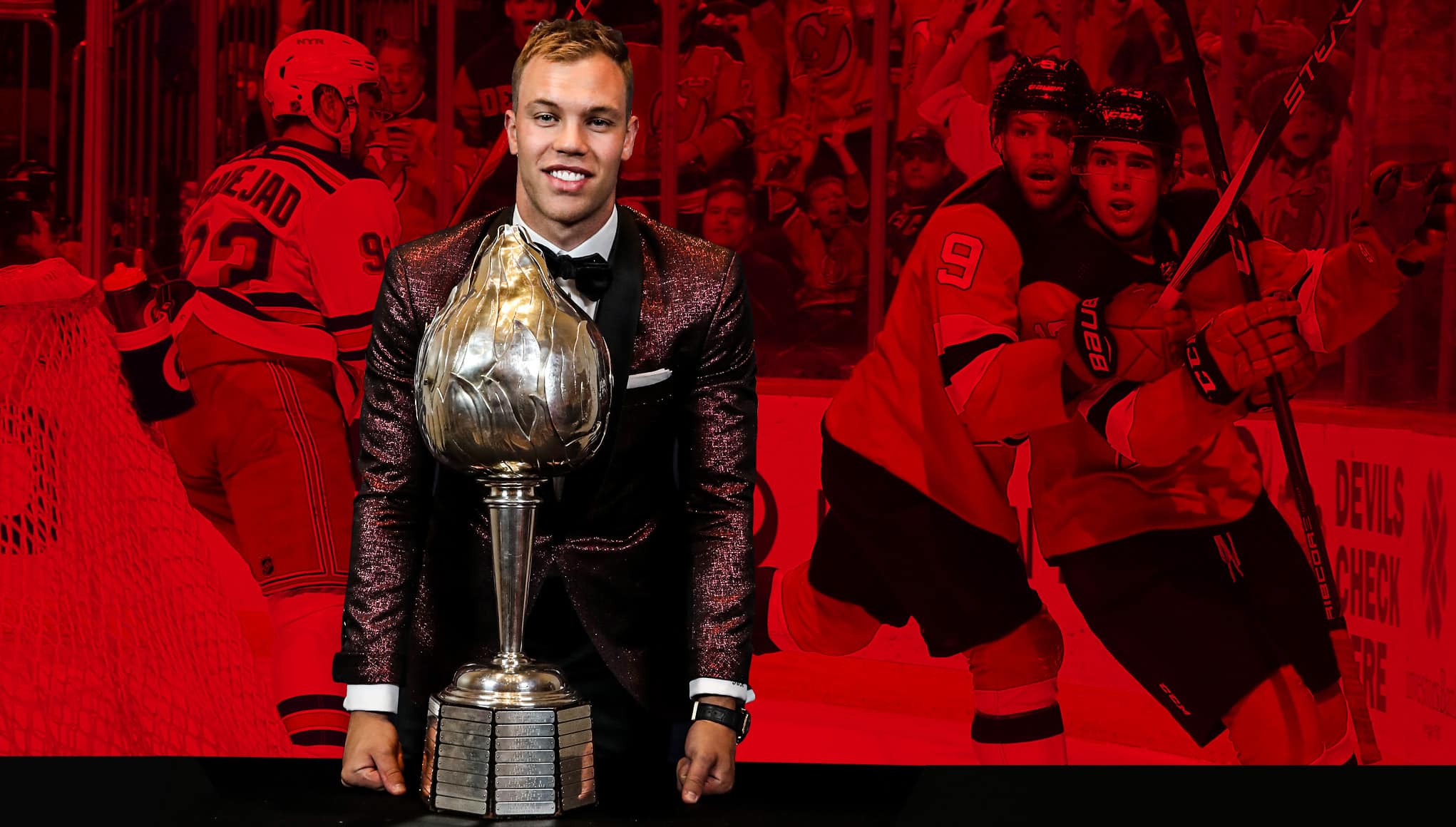 After Taylor Hall became the first New Jersey Devils player to win the NHL’s MVP award, Nico Hischier is on the clock.

The 2018 NHL Awards that were held in Las Vegas two nights ago witnessed a New Jersey Devils skater walk away with the Hart Memorial Trophy as the NHL’s most valuable player for the first time in history. Devils forward Taylor Hall was awarded the NHL MVP after he received 72 first-place votes from the Professional Hockey Writers Association, which was 12 more than the runner-up in Colorado Avalanche forward Nathan MacKinnon.

Not only did Hall make Jersey’s Team arguably the proudest of all 31 NHL teams on that night, but he put his fellow teammate Nico Hischier on the clock with a few post-award show comments. Not that any of Hall’s comments were negative, but it was a minor hint that the New Jersey Devils’ former first overall selection (2017) could be on the verge of being the second ever New Jersey skater to take home the Hart Trophy as an NHL MVP.

“I feel what really brought me to the next level was being in Jersey, playing with my teammates, drafting Nico (Hischier) No. 1 overall, getting to play with him as a centerman all season long.”

But that was just the start to the biggest compliment Hall would arguably provide the media with after the awards show.

"What really brought me to the next level was being with the @NJDevils." – Taylor Hall

“Probably the biggest reason I’m up here today is No. 13 on my team and the trust that [general manager] Ray Shero and [coach] John Hynes have put in me. Honored to represent them as a group,” said Devils’ 2018 leading goal-scorer (39G-54A –93PTS).

If the “biggest reason” Hall won the MVP is credited towards a fellow former first-overall pick then Jersey should expect the Devils’ top rookie point-getter from last season (20G-32A – 52PTS) to possibly take home the Hart Trophy in the future.

Hischier appeared to already speed up the clock with his dynamic and mature two-way play for the Devils last season, and he’s already on the clock to be in next in line as an NHL MVP donning a Devils sweater.

NEXT: Find Out The Greatest Devils Players To Win NHL Awards