Let’s take a look back at the list of players who have won NHL Awards with the New Jersey Devils, a collection of overall greatness.

The 2018 NHL Awards are set to take place on Wednesday night at 8:00 p.m. ET at the Hard Rock Hotel & Casino in Las Vegas, NV, and while the award show has been painful to watch in recent years, there’s much to look forward to if you’re the New Jersey Devils.

There will be 12 awards handed out tonight with three nominees for each respective award, and two skaters from New Jersey are nominated for a total of three awards. Forward Brian Boyle is nominated for the Bill Masterton’s Trophy, which is awarded to the player that “best exemplifies the qualities of perseverance, sportsmanship and dedication to hockey.”

Considering that the Devils could take home three different pieces of hardware, let’s take a look back at the team’s players that have won NHL Awards in the past. Do note, a Devils player has never been awarded the following:

The Legendary Martin Brodeur took home the Vezina Trophy four times during his illustrious career as the league’s top goaltender. The NHL’s all-time wins leader arguably could have been awarded the Vezina Trophy on several other occasions, but keep in mind that Brodeur played during the same era as the great Patrick Roy and Dominik Hasek. 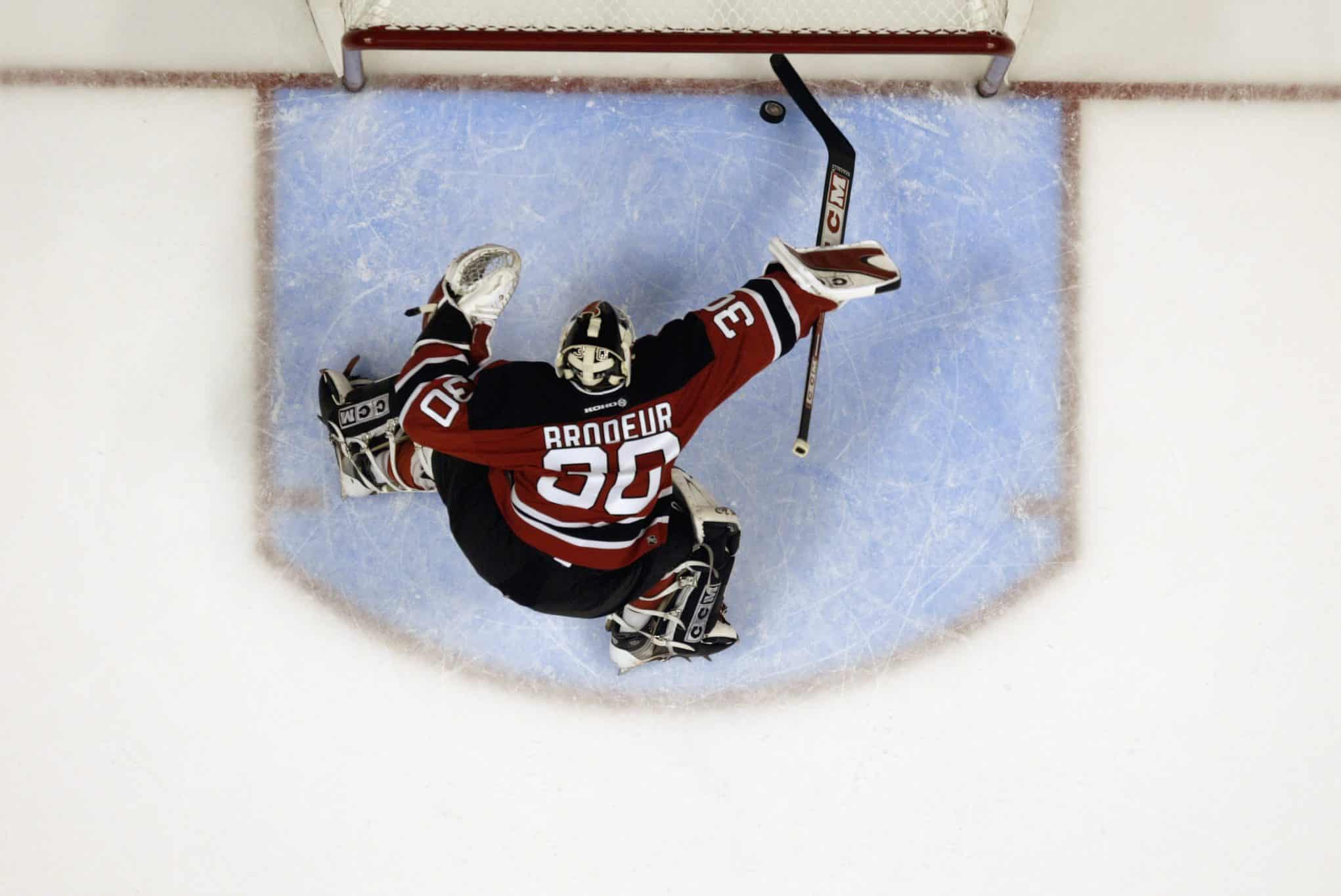 Rookie of the Year

The Devils have had two players in the past win the NHL’s Rookie of the Year. Brodeur won it back in 1993-94, and then forward Scott Gomez joined Marty as the second and last Devil to earn the nod.

It’s impressive that Brodeur was awarded this considering he was a goaltender. Only three masked-men have taken home the hardware since Brodeur did.

As for Gomer, the (then) 19-year-old took the league by storm during the 1999-2000 campaign with his uncanny speed and ability to pass. The Anchorage, Alaska native posted 70 points (19G-51A) in his rookie season, which goes down as the best rookie season in team history.

Hockey Hall of Famer Scott Niedermayer is the lone defenseman to ever take home the Norris Trophy as the NHL’s best defenseman. Niedermayer earned the honor back in 2003-04, which was also his last season donning a Devils sweater. No. 27 found the back of the net 14 times and added 40 helpers for a total of 54 points that season.

Qualities of Perseverance and Sportsmanship

Ken Daneyko is the lone New Jersey Devils player to take home this award. Mr. Devil also did so in the same year that the Devils won their second Stanley Cup championship back in 1999-2000.

This one should come to no surprise, as former New Jersey Devils forward and two-time Stanley Cup champion, John Madden, essentially redefined what it meant to be a “top defensive forward” during his early years in the NHL and with Jersey’s Team.

Madden was awarded the Frank J. Selke Trophy during the 2000-01 season, which was his sophomore season with the team. In 2001, Madden recorded 15 goals and three of which were shorthanded, plus four were game-winning goals.

Goalie(s) With the Fewest Goals Scored Against

The New Jersey Devils and their goaltending tandem won the William M. Jennings Trophy on five different occasions for allowing the least amount of goals in a season. Interestingly enough the team only won the award once out of the three Stanley Cup championships the Devils have to date.

Brodeur and the Patrick Roy share first place all-time for the most Jennings Trophies with five.

NEXT: See 3 Players The Devils Could Draft At No. 17 Overall