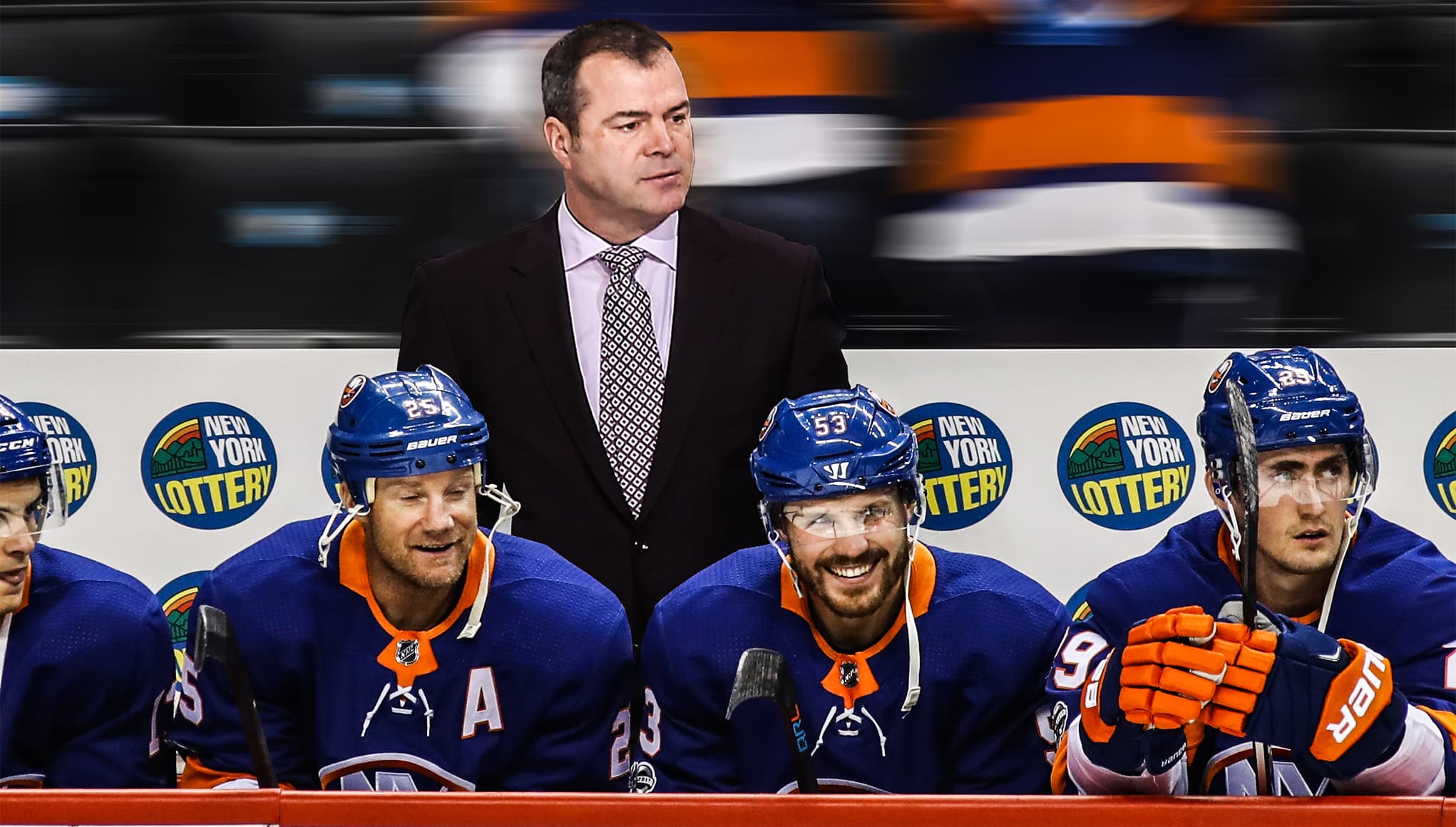 With the departure of Doug Weight as head coach, it’s time for the New York Islanders to hire a former foe to man the Isles’ benching duties.

The New York Islanders announced on Tuesday that the team’s general manager Garth Snow and head coach Doug Weight had both officially been “relieved of their duties.” New York also announced that Lou Lamoriello would be taking over as GM.

Yet, that only fills one immediate hole that the Islanders need to address. The 2009 Hockey Hall of Fame inductee and three-time Stanley Cup champion in Lamoriello will look to begin searching for New York’s 17th head coach in team history, immediately.

So this happened. Let’s just say the majority of Islanders fans are happy right now. https://t.co/ugSEAZl1Gk

There are a few notable names that come to mind who could be the Isles’ newest voice behind their bench next season such as Dan Byslma, Lindy Ruff, Scott Stevens, Darryl Sutter, Jacques Martin and Michel Therrien. However, there’s another familiar name and face that could find his way back behind an NHL bench in the New York market.

For starters, he’d be a major upgrade from at least New York’s past seven out of eight coaches that have been hired. Vigneault, 57, has a career coaching record of 648-435-35-98 and he’s currently tied with Paul Maurice of the Winnipeg Jets for 10th place in all-time wins for NHL head coaches.

In his 16 years of coaching at the NHL level, he’s only finished with a losing record twice, which both came during his first four NHL seasons during his days with the Montreal Canadiens (1998-99 & 2000-01). His resume speaks for himself and should be appealing to the Orange and Blue for a number of reasons.

Since 2010-11, the Quebec City native has coached teams from both the Western and Eastern Conference to Stanley Cup Final appearances. He’s proven that he can bring stability and accountability in order to help change a team’s culture. His experiences in the playoffs, good or bad, would be a key asset to an Islanders team that was only able to win one Stanley Cup Playoff series with (current) team captain John Tavares from 2009 until the present day.

The chances are that Lamoriello would be interested in at least interviewing Vigneault and for other reasons than the numbers mentioned above.

While building a dynasty with the New Jersey Devils, Lamoriello had a history of hiring Canadian-born coaches or coaches that had some sort of ties back to the Montreal Canadiens. Most notably, all three (Jacques Lemaire, Larry Robinson & Pat Burns) of Lamoriello’s Stanley Cup winning coaches were Canadian, had ties back to Montreal, and two had previously won numerous Cups with the Canadiens (Lemaire & Robinson).

No, Vigneault doesn’t have the Stanley Cup pedigree of Lemaire or Robinson, but neither did Burns prior to him winning a Cup with New Jersey in 2002-03.

One main concern to address this offseason would be that of the Islanders overall problems on defense. Vigneault’s coaching style is a defense-first mentality and there’s no way he’d hurt the Islanders’ chances of their defense improving. The Islanders allowed 296 goals last season, which ranked dead last in the league. A Vigneault team has never allowed an amount remotely close to that high even dating back to the 1990’s.

Similar to ownership bringing in Lou Lamoriello, the Islanders knew exactly what they were getting and what to expect moving forward in the process once he was hired to a hockey operations role, which is more than likely going to be a recipe for success.

If the team were to hire Vigneault, New York can expect another recipe for success but this time one that entails an Orange and Blue scheme.

A coach that’s experienced, confident and an established winner standing behind a New York Islanders bench…when was the last time fans used all of those characteristics in one sentence to describe a coach?

A Lamoriello-Vigneault combination is something out of the blue that most didn’t see coming just months ago, but it’s the answer to solving the Islanders’ problems moving forward.

NEXT: Is Tavares Please With Lamoriello?