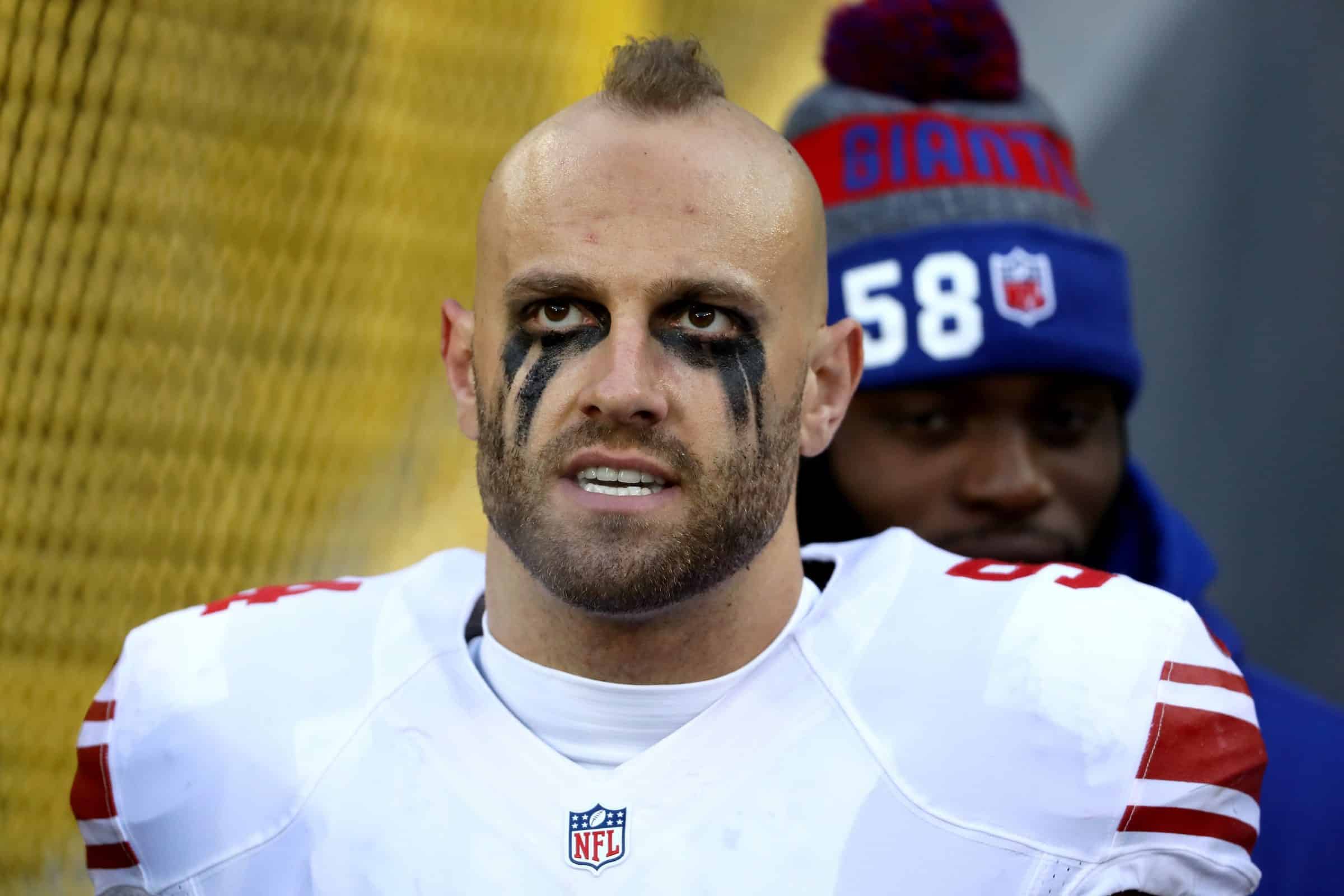 On Tuesday, following the fourth OTA for the Giants, LB Mark Herzlich had some words regarding anthem protests and President Trump.

In an interview with the New York Daily News’ Pat Leonard, Herzlich personally invited Trump to the Giants’ locker room. This is due to the comments Trump made regarding the NFL’s new police regarding anthem protests.

The NFL’s new policy regarding the protests was passed and announced last Wednesday. Players can now remain in the locker room during the course of the national anthem. However, if you are out on the field, you must stand. If a knee is taken, fines can be implemented towards both the player and team.

Herzlich is a representative of the NFL Players Association leadership council that meets frequently regarding this subject. Following practice on Tuesday, Herzlich mentioned to Leonard:

One owner in the NFL has already showed a combative approach towards this new rule and stance. New York Jets owner Christopher Jonson has already stated he will pay all Jets player fines regarding protests.

As far as the New York Giants staff is concerned, the overall position is leaning towards standing for the flag. Last Thursday, Owner John Mara mentioned standing was “the right thing to do.” Head Coach  Pat Shurmur also stated to WFAN.com that he will be standing.

“I’m gonna face the flag, take my cap off and listen to the anthem and be thankful that my family and I live in the greatest country of the world,” Shurmur said.

The comments and invitation made by Herzlich, the 8th-year man out of Boston College, have still not been responded to. Neither President Trump nor The White House have made any remarks to this point.

NEXT: Faith Is Paying Off In Davis Webb