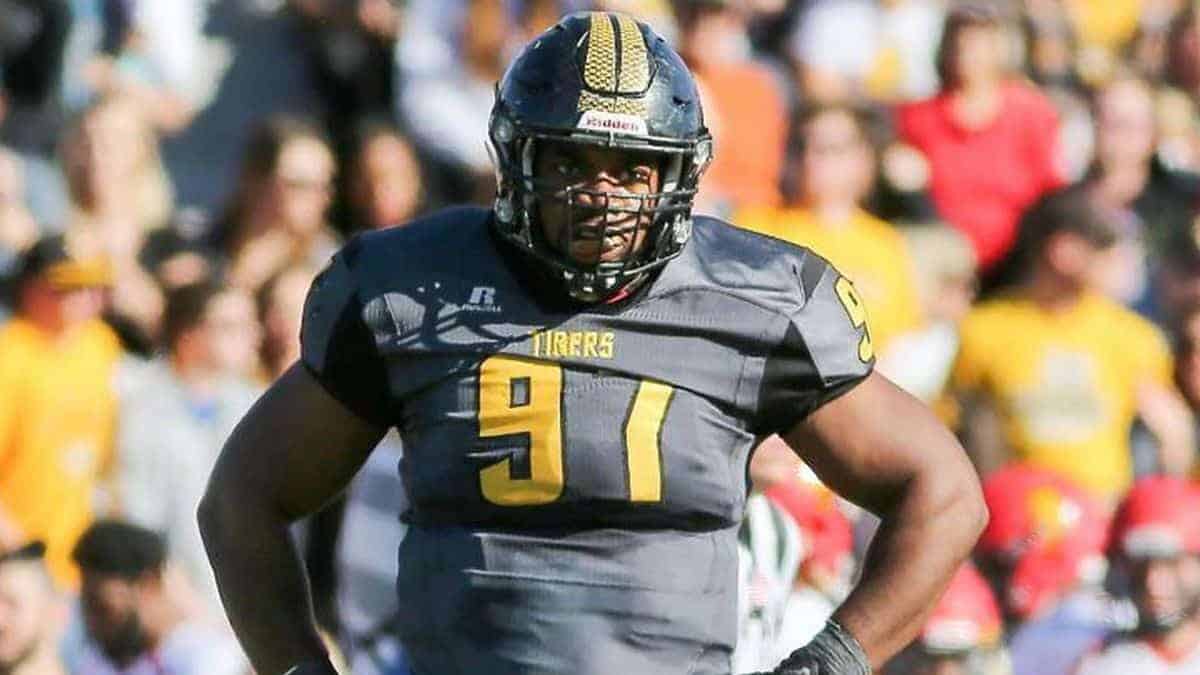 Mike Maccagnan and the New York Jets officially welcome in thrid-rounder Nathan Shepherd to the fold as he officially signs off on his rookie deal.

Another one can now officially be welcomed into the fold.

According to Tom Pelissero of NFL Network, the New York Jets have officially inked third-round defensive lineman Nathan Shepherd to his rookie contract.

Shepherd, 24, is the Jets third-round selection in last month’s NFL Draft. The 6-foot-4, 315-pound unknown beast out of Fort Hays State north of the border is expected to compete for the starting defensive end spot opposite Leonard Williams in Todd Bowles’ 3-4 defensive scheme.

Among the D-line heavies he needs to beat out are the newly-acquired Henry Anderson via the Indianapolis Colts, Brandon Copeland and Xavier Cooper. Fellow rookie Folorunso Fatukasi is expected to backup Steven McLendon and Deon Simon at nose tackle.

Though he’s a bit older than the usual rookie, he could be a steal based on an unknown element to the kid considering he played college ball in Canada.