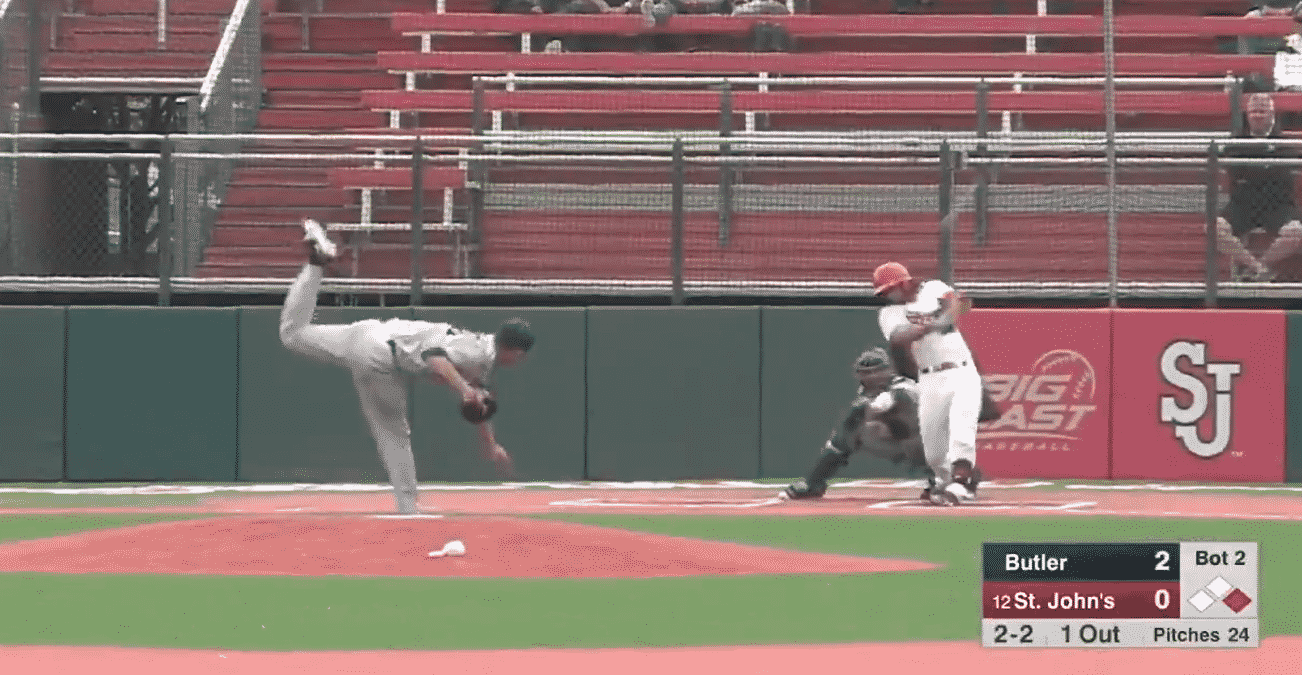 With their 4-2 win over the Butler Bulldogs on Thursday, the St. John’s Red Storm captured the Big East regular-season title for the ninth time in school history.

The Big East Baseball Tournament begins next Thursday in Mason, OH and the St. John’s Red Storm are heading into that tournament on a great note. With their 4-2 win over the Butler Bulldogs on Thursday at Jack Kaiser Stadium, the Red Storm clinched their ninth regular season title in school history and their first since 2015.

So far this season, St. John’s has a record of 35-13 and they are 14-2 in the conference with three games remaining in the regular season. While they are not ranked in the Baseball America Top 25, they are still finding their form as they have gone 21-4 in their last 25 games.

The player who had the go-ahead hit in their win against Butler was their first baseman, Luke Stampfl. Stampfl did go 1-for-3 in the game, but his two-run double put St. John’s ahead, 4-2, in the bottom of the third and they did not look back from there.

Their ace, Sean Mooney, did give up a run in each of the first two innings. However, he found a way to settle down from there and pitch a good game. He went seven innings, gave up two runs on seven hits, struck out six, and walked one on 109 pitches (72 strikes). The sophomore right-hander now has 10 wins and is the only pitcher in the Big East that has reached that mark this year.

Mooney headlines a rotation that has been the best in the conference. Their staff has a combined ERA of 2.74 (as of Wednesday) and they have 410 strikeouts. They lead the Big East in both of those categories. Plus, they have 21 fewer walks than any other team in the league.

During St. John’s’ win over Butler, their right fielder, Anthony Brocato, made a little bit of history. With his two-run home run in the bottom of the second that tied the game at two, he hit his 10th home run of the year and that hit had him become the first St. John’s player to hit 10 home runs since a player that is currently in the Major Leagues.

Brocato becomes the first #SJUBase player since @JoePanik in 2011 to hit double-digit dingers in one season. Panik was then selected 29th overall by the @SFGiants in that year's MLB Draft.

With that home run, Brocato is now the third player in the Big East to hit 10 or more home runs this season. He has hit 18 home runs in each of the last two seasons after hitting two in his first two seasons with the Red Storm (81 games).

The Red Storm have had a good season so far. With that being said, the Big East isn’t the strongest conference in college baseball. They are currently a three-seed in one of the projected regionals by Baseball America, but clinching the automatic bid in the conference tournament could ease a lot of concerns heading into Selection Monday on Memorial Day.

If you are looking to watch St. John’s for the first time, they will be on TV on Friday afternoon. Game 2 of their doubleheader against Butler will be on at 4 p.m ET on CBS Sports Network.