The New Jersey Devils are getting alternative jerseys! So what exactly could they look like? Here are three potential options.

You had to figure it was only a matter of time before this news was going to come out, or that the tweet would be leaked.

Since Adidas took over the NHL’s jersey rights (2017), not a single team wore an alternate sweater this past season (excluding outdoor games). Though, just like the Reebok Edge series in 2007, Adidas planned on unveiling third jerseys for teams in year two of its production, 2018-19.

There was a tweet sent out recently that pictured a “confidential” Adidas catalog, which displayed 19 blank jerseys for teams that were “confirmed” to be wearing alternate jerseys next season. The New Jersey Devils and New York Islanders were two of the teams pictured in the supposed confidential catalog. While the tweet has been since deleted, screenshots will just have to do. 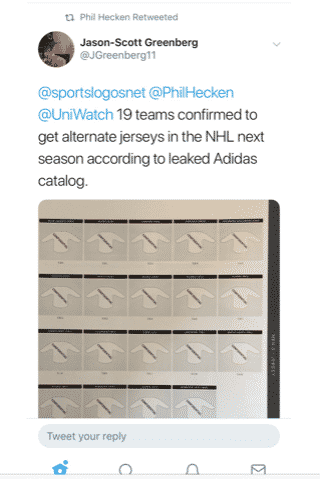 No, Broadway, the New York Rangers were surprisingly not listed in the photo.

However, if this leaked news is true, let’s discuss what a Devils third jersey could potentially look like next season. Keep in mind that this would mark the first time in franchise history that the Devils would be wearing an official alternate sweater. 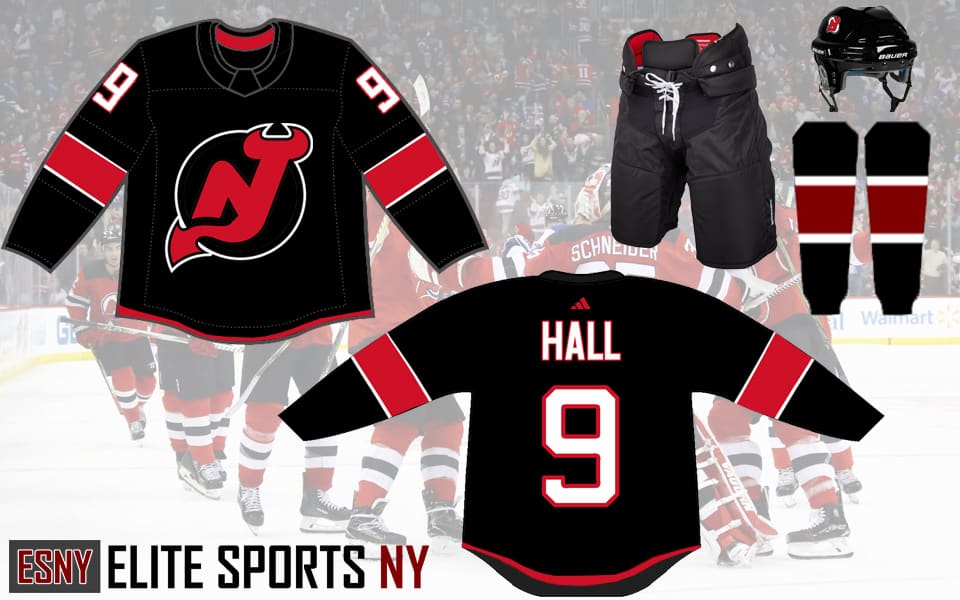 New Jersey has been waiting since, what, 1996 for the Devils to unveil a black alternate sweater? That time may have just arrived 22 years later and well after alternate jerseys in the NHL first truly started taking to the ice.

There are a couple of different directions Jersey could take with a black alternate, too. The sweater could be primarily black with a modified design to the current home and away jerseys, which would mean no stripes/belt at the base of the jersey. I’d imagine the Devils would avoid having a white, or red, piping on the shoulders too. They’d probably keep the shoulders blacked out (blank) and perhaps an alternate logo would have to be introduced to fill the emptiness there.

I’m picturing a jersey similar to the San Jose Sharks’ black alternate jersey from the Reebok days, where the stripes on the both arm’s sleeves would entail a thick red stripe, which is outlined (top and bottom) by thin white stripes. I’d imagine the numbers, and lettering on the nameplates would be white and outlined in red.

Also, similar to the Devils’ current jerseys, but instead of a black thin stripe, the team could add a red thin stripe at the very tip of the sweaters to make the jersey pop a tad more.

Now, what about the logo? Would adding the Devils usual crest make it appear more like a practice jersey?

New Jersey would more than likely want to get rid of the white filling in the crest, have the circular border and the logo’s main borders be white – or do they dare go silver/chrome, or as bold as green?

Let’s not forget about the jersey’s collar, either. Let’s keep the design consistent and have the collar filled in completely black.

As for as the rest of the uniform would go, I can’t see the Devils wearing a white or red helmet with a black alternate, so expect the Devils usual home helmet. However, instead of having the logo decals on both sides of the helmet, maybe the team would go back to the “DEVILS” word font as a nod to the team’s notable and traditional past.

I’d imagine the pants would remain the same – all black.

The team could change things up with the socks. The socks’ primary color would be black and the Devils could have the socks match the sleeves (thick red stripe with two think white stripes); or perhaps the Devils use a similar design to the Montreal Canadiens and Dallas Stars white uniforms…which would be two thin stripes where the top stripe could be red and the bottom could be white.

The Devils began wearing the team’s (modernized) original jerseys (red and green) back in 2010 and on home ice around the time of St. Patrick’s Day. The team could simply re-introduce either the vintage red or white sweater as a full-time alternate. If the team were to do that, then expect the Devils to wear either one of those jerseys on at least 10 occasions and not just for two or three games.

Though, the Devils never wore the white throwback jerseys since having the “Retro Nights” on special occasions. It would be neat to see New Jersey do that because then fans could see them wear the alternate whites at the Prudential Center and on the road (home team chooses which uniform it will wear & can request to the league to wear white at home).

I can’t imagine that Jersey would stray and introduce an alternate that would have a primary color as green, right? 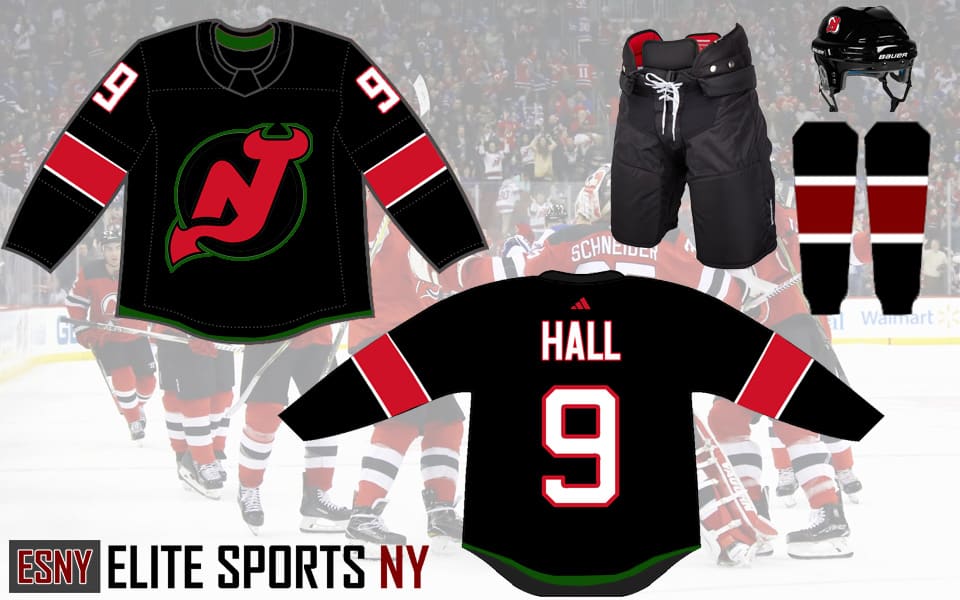 Second Idea For a Black Alternate

Ok, let’s go back to the black alternate concept.

Now, picture the Devils vintage red and green sweater design…fill the jersey’s primary color (red) in with black, and replace all the green on the jersey and socks with red. The helmet and pants would have to be changed to black as well…just an alternative thought.

There are definitely options for the New Jersey Devils. I guarantee you the alternatives will be something out of this world. Now to let them leak those pictures …

NEXT: New Jersey Devils: 7 Free Agents to Target this Offseason