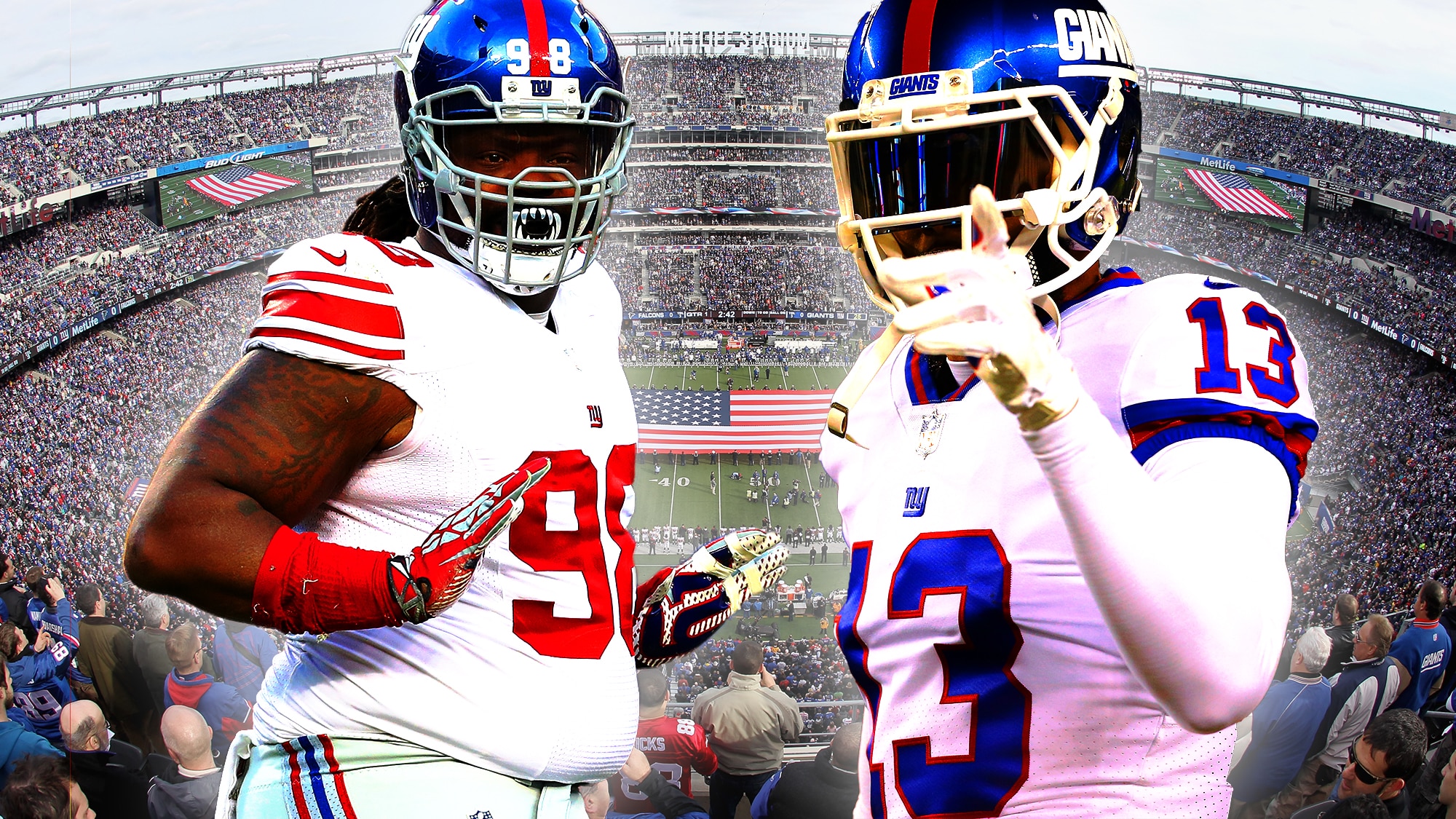 Four seasons and counting it’s been the same song and dance from all involved. The organization that is the New York Giants, the entire fan base, even his teammates continue to travel down such a misguided and counterproductive path as it relates to the team’s most talented individual.

Every human being around Odell Beckham Jr. just can’t help but enable the kid. The latest example smacked us in the face Tuesday morning.

In the wake of trade rumors coming off the heels of a tumultuous OBJ offseason, the highly-respected Damon Harrison decided to chime in via Twitter.

It’s that one clown who always tries to make something out of nothing just to attach his name to it. I’m 1000% sick of him. The thought of him makes me want to vomit. https://t.co/dPwHLXzeZk

He did so as a pile on of a former Giants’ words, Shaun O’Hara.

Did I miss something here?? WTH is going on w/ all this OBJ trade Drama? This is some straight off-season something outta nothing storyline! #CraCra #NYG

Other than the pure appearance that these two are attempting to write the news to their liking, it’s a move completely counterproductive to the long-term growth of one Beckham Jr.

Why even mention this? Why bring it up?

These two guys have no idea if Pat Leonard of the New York Daily News is correct or not, whether his report of the Los Angeles Rams interest in OBJ is non-authentic.

One more time: The Los Angeles #Rams have talked to the Giants, according to multiple NFL sources, about trading for Odell Beckham Jr. The #Giants aren’t shopping OBJ, but they’re certainly listening https://t.co/KduwQAkvdI

In fact, others, including Ian Rapoport of the NFL Network have followed suit with similar reports of the Giants listening to offers on the talented wide receiver.

The #Giants are listening to trade calls/talks for Odell Beckham Jr and there have been several, I’m told. @wyche89 says the #Rams No. 23 pick is available. … what’s not clear is whether NY actually wants to trade him. Definitely open to listening, tho

And Gettleman refuses to acknowledge anything. If it was garbage and/or fiction, wouldn’t he viciously deny it?

Harrison and O’Hara (not to mention the hundreds of thousands of delusional fans who think a trade is impossible) suddenly look terrible with Leonard’s momentum building. For that, though. What does crapping on Leonard accomplish for Beckham Jr.? What does it accomplish from a Giants point of view?

The kid must be challenged rather than coddled, screamed at rather than consoled, receive punishment rather than accolades. Don’t tweet out anything silly and instead allow Beckham to deal with the consequences that his current situation has forced him in.

Since “The Catch” on Sunday night of a rookie season that put him on a level of a household name, everything from an individual perspective has been roses for No. 13. Bleacher Report quickly posts every amazing pregame catch. The good folks at EA Sports make him the cover boy. He’s even smashed records from a prolific standpoint in the area of several receiving categories.

Yet with Beckham in the lineup, the Giants sports an overall record of 21-26.

FACTS (which is still the silliest word to say prior to uttering a fact), but Odell Beckham Jr. doesn't produce championship results or even come close to producing winning results on his own. In other words=not that valuable in the grand scheme of things. #GiantsPride pic.twitter.com/yDdOaWvvKp

Worse yet, where or how exactly has Odell Beckham Jr. changed his ways? A clear-cut argument can be made that during this offseason, his fourth in the league and with the team, he’s never been more of a distraction.

He’s not growing as a teammate. He’s regressing. And yet teammates like Snacks only enable this behavior instead of showcasing a little tough love.

It began with one of the most infamous disciplinarians of all-time, Tom Coughlin.

During the notorious OBJ-Josh Normal blowout in the swamps of Jersey, Coughlin stood on the sideline and did nothing. He witnessed his receiver—the position Coughlin spent so much time coaching in the league they play for pay—selfishly engage himself in a brawl outside of team circles and allowed it to continue play after play, silly whistle after whistle.

Troy Aikman summed it up best during the broadcast when he proclaimed that Beckham Jr. wasn’t even running routes. At that point in time of the young man’s life, he made the moment about him, not the New York Football Giants.

This has been the issue too many times over. It’s always about him.

Nobody thinks he’s a bad kid. In fact, his emotional outpouring leads the majority to believe his heart is huge, filled with competitive spirit fit to crown a champ. He just doesn’t understand how to properly funnel his emotions and attributes in the correct manner.

What if Coughlin had taken Beckham out that day and provided a nice little tongue-lashing?

What if the Giants suspended him after he decided to give a nice little rabbit shot to safety Duke Williams of the Bills?

Odell Beckham gets jacked up gets up and throws a punch #Bills #BilllsMafia pic.twitter.com/pkf6g44pZT

What if the organization decided to once put its foot down on dog-pissing celebrations and/or field-goal net reproduction?

What if the organization actually issued a public statement revealing its disappointment in Beckham Jr. decided to skip voluntary OTAs? What if the fans actually admitted it’d be better for Beckham to rise as a teammate and attend those very same OTAs?

What if a little accountability was present instead of the commonplace enabling and rationalization from a particular Big Blue shade that seemingly runs away from OBJ with its tail between its legs?

When Snacks defends Beckham on Twitter, it’s easy to understand what he’s doing. As a teammate, as a guy he goes to battle with every Sunday, he’s looking to squash the issue at hand and attempting to force a narrative that “everything’s OK.” While it sounds warm and fuzzy at first glance, it’s incredibly damaging to the growth of young Beckham.

It’s deflection. Pounding Pat Leonard and trying to make the perceived “OBJ hater” feel bad while spreading that gossip makes OBJ and his fan base feel much nicer about everything’s that gone on. It’s what “the kids” do this day and age, especially in this madness that’s a social media sports world.

The problem? It doesn’t solve the issue at hand. It doesn’t allow OBJ to grow.

Only accountability does that and thus far, still, through four years in this league, nobody’s held Odell Beckham Jr. accountable with Damon Harrison and Shaun O’Hara providing the last great enabling example.

NEXT: If OBJ Wants To Be The Best, He Must Change His Ways