We just learned something new about New England Patriots quarterback Tom Brady. He knows his rap.

Brady had a little rap battle with New York Giants wide receiver Odell Beckham Jr. on Instagram Monday night. Beckham posted a pic on Instagram of himself preparing to throw a football. The Giants receiver captioned the pic, “Quarterback Weezy, young Tom Brady, open up ya mouth …” which is from Lil Wayne’s song That’s All I Have.

Brady finished the lyric by commenting “And catch a bomb baby …” 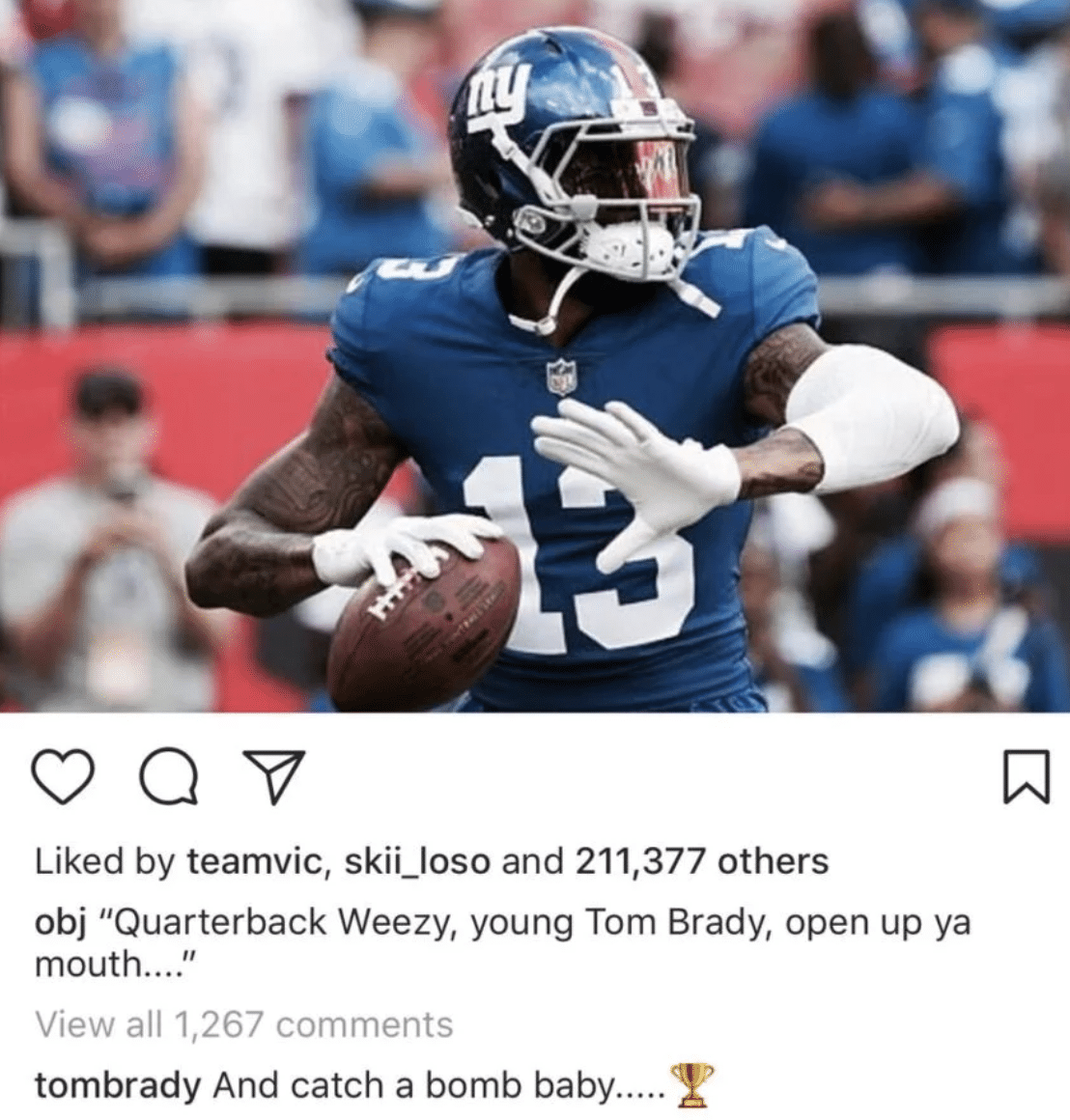 It was probably tough for Tom Terrific to utter the line considering his failed catch during Super Bowl 52 when Danny Amendola threw a pass to him.

Of course, Brady lost Super Bowl 52 to the Philadelphia Eagles, but he has gotten over that loss by vacationing in Costa Rica with his wife Gisele Bundchen. The five-time Super Bowl-winning quarterback even posted a pic of him and Gisele kissing with the caption, “This Sunday’s outcome is a lot better than last Sunday’s!”#LosingStreatStopsAtOne.”

This Sunday’s outcome is a lot better than last Sunday’s! #losingstreakstopsatone ?❤️?

OBJ responded with more lyrics for Brady. This time it was Birdman lyrics from Mo Milli.

“Caught up in a popularity contest, bouta reach my dreams n I ain’t even got my arms stretched,” was the line OBJ sent.

“Caught up in a popularity contest, bouta reach my dreams n I ain’t even got my arms stretched….”?

The question now is, does Brady know the next line?

Beckham and Brady should have an actual rap battle to see who the best rapper is. Although, Brady may be hesitant to line up any more competitors coming from the NFC East.