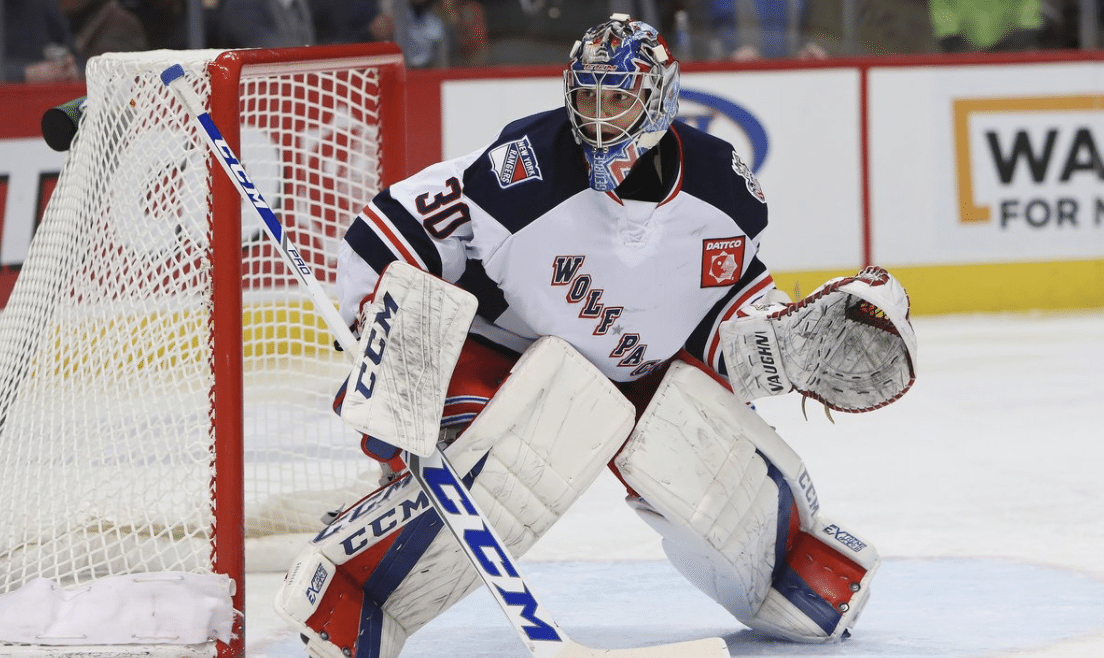 "It's all about opportunities." #NYR goaltending prospect Alexandar Georgiev is stepping up in the big moment in his first season with @WolfPackAHL . https://t.co/0HLGUgQyiQ pic.twitter.com/SXMQqmuoe0

As the New York Rangers struggle with picking up wins while continuing talk of trade rumors regarding who will be dealt away in the very near future, it is refreshing to see how the future players of the franchise are succeeding in the American Hockey League.

For one goaltender, Alexandar Gerogiev, things couldn’t be going better.

The 21-year-old signed a contract with the Rangers in July 2017. The Moscow-native spent three seasons in Finland’s Liiga before coming to the Wolf Pack.

Georgiev made the Hartford Wolf Pack team out of training camp along with goalie Chris Nell and goalie had his struggle’s early on in the season as he tried to get adjusted to his new surroundings.

“It’s been an adjustment. New country, new team, new league, new teammates, everything,” he said. “A different mentality. Even the small things like shorter warmups on the ice and things like that. Everything is a bit of an adjustment.” Georgiev told Matt Calamia of the official New York Rangers website.

Aside from living in a different country, the style of hockey played here is different than what he was accustomed to.

“Trying to get sharper movements from side to side,” Georgiev added. “The game is really fast here for a goalie, which really stresses the importance of meeting the pass every time. That was one adjustment. Staying a bit more at home, playing deeper in the net.”

To help Gerogiev with the adjustment, legendary Rangers goalie coach Benoit Allaire and Hartford’s goaltending consultant Eric Raymond have been helping him on the ice and in the video room with this new transition.

“Benoit helped me with making adjustments to the game in North America the way he wants his goalies to play,” Georgiev said. “I’m learning to be more sharp with the passes and being more patient.”

The results have paid off as Gerogiev has gone 6-0-1 with two shutouts since Jan. 19 to help the Wolf Pack move to sixth in the American Hockey League’s Eastern Conference.

“It’s all about opportunities,” McCambridge said. “Georgy gets this chance again to run with it and he’s made the most of the opportunity. You can see his confidence, his belief in himself grow every game.”

As the Hartford Wolf Pack look to qualify for the playoffs, Gerogiev is enjoying the run he and his team are on,

“It’s very fun right now,” he said. “It’s tough to get wins in this league. It’s really fun that we have a goal right now to get into the playoffs. We have to take one step at a time going forward with it.”

The future of New York Rangers goaltending looks bright in what has been a disappointing season for the parent club.

NEXT: don't feel bad for Henrik