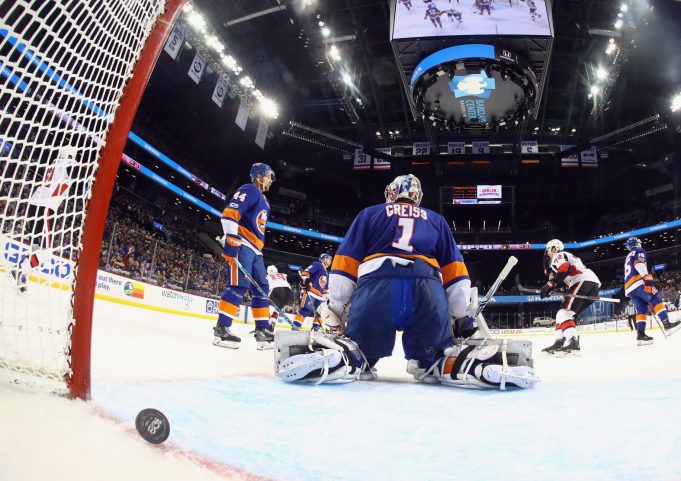 The New York Islanders return home to Brooklyn after a brief road trip in which they earned just 3 of a possible 8 points on the road (1-2-1).

Coming off of a road trip in which the Islanders played four games in six days, everyone’s more than happy to be back in Brooklyn, where the Islanders will play 7 of their next 8 games.

The specialty team struggles have come back in full force for the Islanders, they have only scored one powerplay goal on their last 12 opportunities, and the penalty kill, well, has been worse (5 killed of thier last 12, rounded up to 42% success rate).

After a team practice on Friday that emphasized the PK, it went 1/2 against the Bruinson what was frankly a soft goal let up by Jaroslav Halak.

Not to mention, the noisy Islanders’ offense managed to slow down a bit, scoring less than three goals in two of the four games. The offense will likely continue to plateau as time passes, however the defense is expected to step up and compensate for that.

Now nearly halfway through the NHL season, the Islanders are definitely not where they want to be as a defensive team.

29th overall for Goals Allowed per game, 26th overall for fewest shots allowed, and their PK ranks 30th, only the Edmonton Oilers are worse, with a 72.82% success rate.

The Islanders’ struggles aren’t pinned solely on the tema’s overall defense — their goaltending has yet to start clicking, and after Thomas Greiss seemed to take the reigns for a brief moment, the starting favor is back in limbo.

Weight: “I feel good about both our goalies. No one else does. I don’t really care.”

Halak has had the bulk of the action as of late, starting in three of the team’s four road games. He posted a .906 save percentage over those three games — still well short of the league average, which hovers around .912%.

With the next seven of eight games at home, there’s time to regroup and press the reset button. The Islanders are 8-1-2 at home, and will look to continue their dominance in Brooklyn.

It’s easy to make any game the most important game of the week/month/season.

With that said, the Islanders’ matchup against Washington on Monday night will be one of the most important games played this week.

The contest against Washington provides a good chance to gain footing on a Metropolitain opponent, especially with a visit to Columbus looming on Thursday.

An easy way to block out the last four games for the Blue and Orange would be to get back to their home groove. A swift win would help restore a lot of morale after a frustrating, and mentally exhausting week.