With the New York Cosmos organization still in limbo, we ponder if they and the NASL landed on the wrong end of a WWE played out script.

As the New York Cosmos get ready to play Miami FC this Sunday in a North American Soccer League semifinal match down in South Florida, the future of the storied club and the league remains in limbo. After the United States Soccer Federation stripped the NASL of its Division Two classification for the 2018 season, the league filed an anti-trust lawsuit against the USSF and they’re seeking an injunction that would restore the D2 standing while the lawsuit plays out.

But at Tuesday’s injunction hearing in Brooklyn in front of Judge Margo J. Brodie, an interesting piece of information was made public, not by the NASL, but by USSF attorney Christopher Sauer. When the NASL filed their application for Division Two, they listed North Carolina FC as one of the teams that was confirmed to play in 2018. After all, NCFC owner Steve Malik had guided the NASL through its turbulent off-season a year ago, especially after the departure of Commissioner Bill Peterson.

Malik became the NASL Chairman so it was presumed that Malik, the “unofficial leader of the owners” according to a source, supported the league and was helping it grow. But when the discussion at the injunction hearing turned to just how many teams the NASL had for 2018, the Cosmos and the league were surprised when Sauer said the following …

“We get to September of 2017 and we couldn’t tell U.S. Soccer couldn’t tell whether they had five teams, six teams, or seven teams. We know they didn’t have eight because the North Carolina team had already indicated it was leaving.” 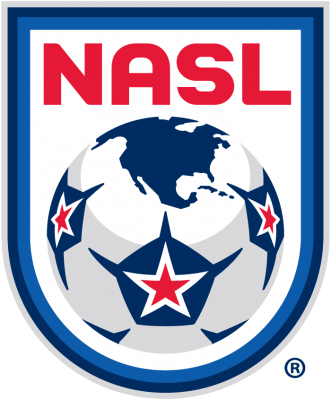 About two months ago, Cosmos owner Rocco B. Commisso replaced Malik as NASL Chairman. Sources tell me that the NASL began to suspect something was not right because Malik was not helping the league attract expansion teams. Still, the league included North Carolina FC in it’s application because they were under the impression that Malik was bringing the team back next season.

“The information NASL submitted to USSF in advance of the Sept. 1 meeting included North Carolina FC being part of NASL during the 2018,” NASL Commissioner Rishi Sehgal told Elite Sports NY.

But hearing that the USSF already knew that NCFC wasn’t returning was stunning news. The NASL is now said to view Malik as a turncoat or a traitor. A North Carolina FC spokesperson issued a “no comment” after a request to speak with Malik over the phone for this story. The spokesperson cited “pending litigation” and that it was “league matter.”

What this appears to be is a heel turn right out of a WWE script. It would be like The Rock and Stone Cold Steve Austin are partners in a tag team match against Triple-H and Shawn Michaels. At some point in the match, with the referee either knocked out or not looking, The Rock hits Austin over the head with a chair and joins forces with the bad guys.

So why did Malik hit the the NASL over the head with a chair?

Well, it’s no secret that Malik has intentions of bringing North Carolina FC to Major League Soccer as an expansion team at some point in the future. In fact, the club held a rally back in July with hundreds of supporters to show that Raleigh was ready for MLS. On hand that day was Malik and his special guest MLS President and Deputy Commissioner Mark Abbott.

“I think it really made an impression on them,” Malik told the News and Observer in North Carolina on Jul. 19. “It clearly did. Mark (Abbott) was very animated and supportive.”

Whatever Malik was doing to rub elbows with MLS and the USSF was working because earlier this year he was given a seat on the U.S. Soccer Board of Directors. With the NASL claiming that Major League Soccer and it’s marketing arm Soccer United Marketing (SUM) along with the USSF have conspired to put the seven-year-old league out of business in favor of making the USL the sole Division Two league in the United States, it’s not that hard to connect the dots and see what appears to be going on.

Why would Malik turn his back on the NASL for the USL?

Perhaps because he knew that the USL, which has yet to receive a classification for the 2018 season, is going to be Division Two and that playing ball with the USSF and MLS would clear the path to joining Major League Soccer down the road. MLS is connected at the hip with the USL through affiliations and reserve clubs so the objective is clear to make the USL the only D2 game in town.

Why didn’t the USSF ask the NASL for more information on teams when they saw North Carolina FC on the application and they knew Malik was jumping ship?

Because the perception is that MLS and the USSF want to eliminate the NASL and the smoking guns continue to pop up. Another example of this can be found with news that came out recently about another MLS expansion situation.

The San Antonio Scorpions were an NASL team from 2012 to 2015 and won the Soccer Bowl title in 2014. The city had its sights set on an MLS expansion team that would be operated by Spurs Sports and Entertainment, the owners of the San Antonio Spurs. Bexar County Judge Nelson Wolff along with County Manager David Smith met with Mark Abbott on Nov. 2, 2015 to discuss a bid for an expansion team.

At that meeting, Wolff informed Abbott about the county’s plan to purchase Toyota Field (home of the Scorpions) but that they would only do so “if there was a clear path toward a Major League Soccer expansion franchise in San Antonio”, as Wolff outlined in an October 27th letter to MLS Commissioner Don Garber. Abbott encouraged Wolff and the county to go forward with the purchase of the stadium and there were two other dominos that would fall. The Scorpions would have to fold and the Spurs would operate a new team in the USL called “San Antonio FC.”

So San Antonio believed they were on the fast track to an MLS team, but on October 16th, Columbus Crew owner Anthony Precourt announced his intention to explore a relocation of the team to Austin, Texas for the 2019 season. At that meeting in November 2015, Abbott told Wolff and Smith that “Major League Soccer would not establish franchises in both Austin and San Antonio” as Wolff informed Garber in that letter.

But perhaps MLS never really had an interest in San Antonio as an expansion team. Perhaps, they just wanted to eliminate the Scorpions and used the county to do it and in turn harm the NASL. You could make the argument that Bexar County and the Spurs were duped because it’s now become public that when Precourt bought the team in 2013 that he had MLS approval to move the team to Austin at any time.

If Bexar County had known about Precourt’s ability to move to Austin, they would never had invested millions to purchase Toyota Field.

Where there’s smoke, there’s fire and the smoking guns continue to emerge in terms of the USSF and Major League Soccer’s quest to eliminate the NASL and prevent any opportunity that the league could ever provide competition down the road at the Division One level. But at this moment, all the NASL wants is the opportunity to remain Division Two and help grow the sport of soccer in the United States.

Isn’t that what U.S. Soccer’s mission statement is anyway? 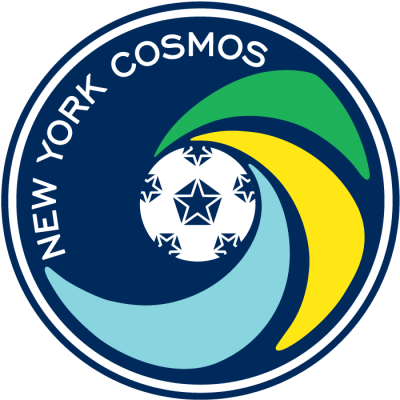