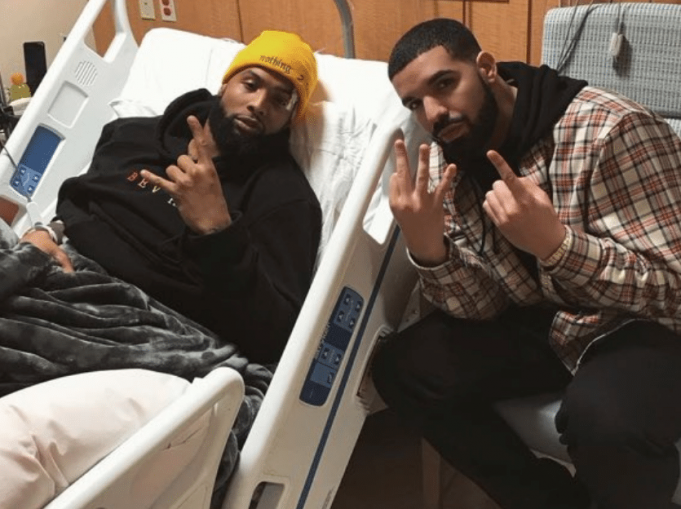 It’s always nice when friends stop by to cheer you up when you’re down. For Giants receiver Odell Beckham Jr., some of those friends are Grammy Award-winning rappers.

Drake swung by OBJ’s hospital room Tuesday to spend some time with his injured pal, who is out for the rest of the season after fracturing his left ankle during the Giants’ 27-22 loss to the Los Angeles Chargers this past Sunday.

Beckham underwent surgery to repair his injured ankle on Monday, and let the world know afterward that he’ll be back better than ever.

Beckham returned the favor, posting his own pic of the pair on his Instagram with the caption: “Cause this got that making of a Legend feel @champagnepapi.”

With the Giants sitting with an 0-5 record and a tough opponent upcoming in the Denver Broncos on Sunday night, maybe the rest of the team can garner some inspiration from OBJ’s posts and the fact that he seems to be in good spirits despite the injury.