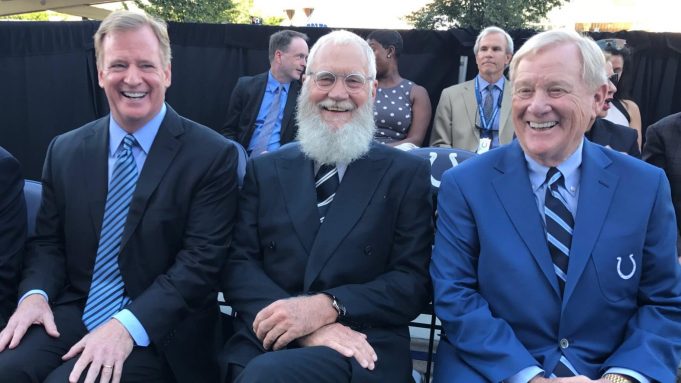 We all know Eli Manning for his own accomplishments but he still can’t hide from the shadow of his older brother, even when he isn’t present.

Eli Manning is nursing an 0-4 start to the season already. I really don’t think the New York Giants quarterback can take much more.

But David Letterman completely roasted him and, as sad as it is, it’s also pretty darn hilarious.

This afternoon, Lucas Oil Stadium and the Indianapolis Colts honored former quarterback Peyton Manning with an unveiling of a new statue. For the ceremony, one of Manning’s special guests in attendance was the one, the only, David Letterman.

“If you like football trivia, so far this year Eli and Peyton have the same number of wins,” Letterman said to rousing laughter.

Eli, would you like some ice for that sick BURN? Hopefully he can laugh at it after tomorrow if the Giants earn their first victory of the season. If not, he can at least know that he was roasted by a legend.

David Letterman, we salute you. Nobody else would have the guts to say what everyone is thinking. And you did so on a national platform.

Just wait until tomorrow, David. That football trivia question could be completely irrelevant.

NEXT: New York Giants Need To Feature Evan Engram Against the Chargers