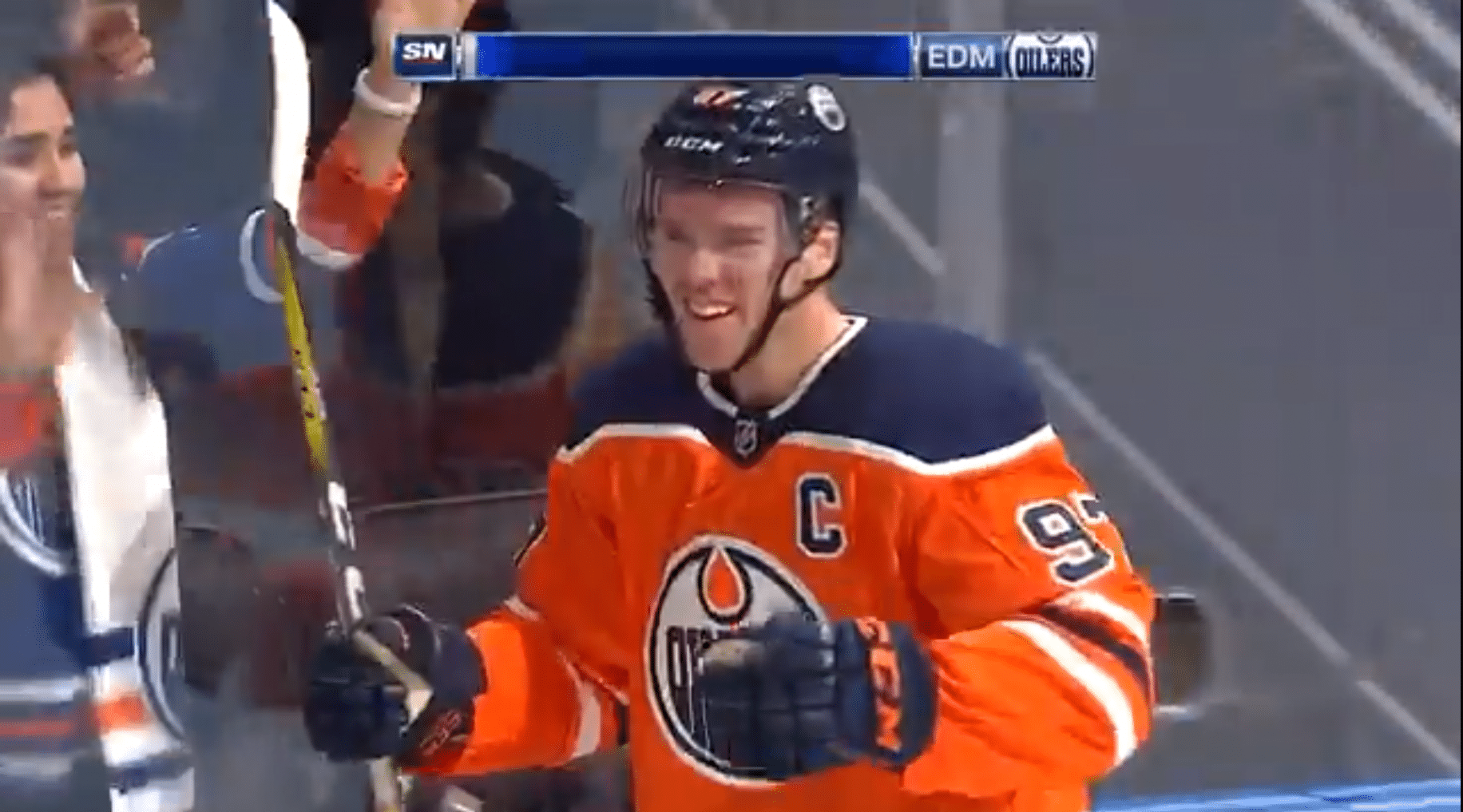 Connor McDavid picked up right where he left off from his Art Ross season, capping off a win against the Calgary Flames with a hat-trick.

Connor McFranchise gave Edmonton Oilers fans plenty of reason to celebrate, leading his team to a 3-0 victory, their first win of the season (and at home), and Cam Talbot’s first shutout.

From the get-go the NHL’s youngest captain left a blazing trail behind him as he nearly scored on his first shift with a burst of speed through Calgary’s defense. Credit to Calgary’s new netminder in Mike Smith, who stopped 42 of 44 shots in the game, but couldn’t suppress the NHL’s reigning Art Ross holder — twice.

Period one of game one and the reigning scoring champ is at it again. #NHLFaceOff pic.twitter.com/spEyNGosX4

Each goal more perfect than the last.

The captain is making it happen! #LetsGoOilers pic.twitter.com/EUy7psN3Aq

Travis Hamonic — the former Islander — had absolutely no chance in catching up to the league’s fastest skater, as McDavid put the Oilers up by two in the third.

But with the net empty and after a couple of awkward fumbles, Oilers faithful blew the roof off of Rogers Place as the hat-trick goal slithered into the net.