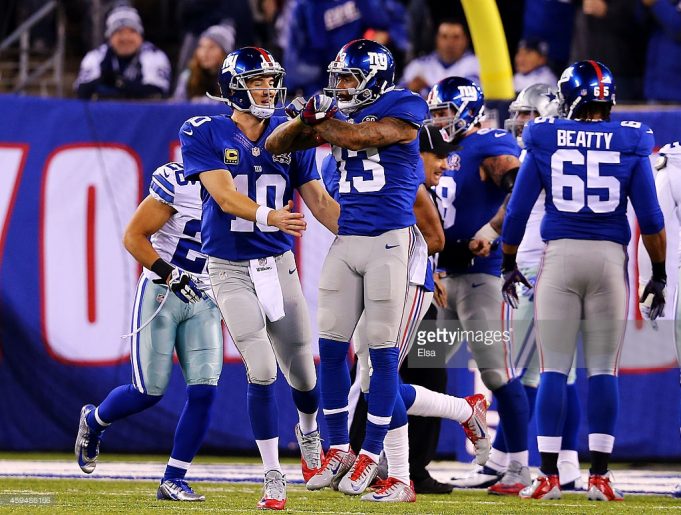 The New York Giants open the season against Dallas, marking the third straight season and 10th time in franchise history they do so.

If New York Giants fans were hoping to ease into the season, they will be disappointed. The reigning division champions are out to prove that finishing with the best record in the NFC in 2016 was no fluke. Making matters worse for the Giants is the fact that the Cowboys will have the services of Ezekiel Elliott, despite arbitrator Harold Henderson ruling to uphold his suspension.

While the rest of the NFL will be recovering from losing or celebrating a victory in Week 1, the Cowboys and Giants will be set to provide their fans with the latest chapter of some memorable Opening Day matchups. This will be the seventh time in their 10 Week 1 meetings that they will meet in prime time.

Cowboys fans usually wind up celebrating the final result, but either way, these two teams have treated NFL fans to some incredible games. The Giants snapped the Cowboys perfect record in season openers against Big Blue last season, which is one of the games we remember in our list of the best Week 1 games between these teams.

Eli Manning threw for three touchdowns, including the game-winner to Victor Cruz, who was playing for the first time in two seasons.

Making their NFL debuts, Dak Prescott and Ezekiel Elliott were unable to lead Dallas back in the final minute, as time ran out on Dallas before Terrence Williams was able to get out of bounds.

Cowboys kicker Dan Bailey, who had made field goals from 56 and 54 yards earlier, was unable to get on the field to try a game-winning 57-yarder, as the Giants went on to win 20-19.

Thanks to a goal line stand and poor clock management by Eli Manning, the Giants blew a chance to put this game away.

Facing a third and goal at the one-yard line, Manning threw an incomplete pass out of the end zone instead of taking a sack and letting the clock tick down.

The Giants settled for a field goal, which gave Tony Romo and the Cowboys one last chance. Romo drove Dallas 72 yards with 1:27 remaining and no timeouts, culminating in Jason Witten’s 11-yd touchdown reception with seven seconds left.

The Cowboys 27-26 win kept them undefeated in eight Week 1 games against the Giants.

In 2011, Eli Manning ended the Cowboys season and simultaneously catapulted the Giants last Super Bowl run in a Week 17 victory by the score of 31-14.

That was fresh in the Cowboys mind when Eli and the Giants cut the Cowboys lead to seven with 2:42 left in the 2012 Opener. Instead of folding like they did in 2011, Tony Romo and little known wide receiver Kevin Ogletree put the game away.

Facing a third and 12 — after a first down run by DeMarco Murray that looked like it put the game away was called back by a holding penalty — Romo and Ogletree connected on a 13-yard reception to give the Cowboys a 24-17 win.

Romo finished 22-29 for 307 yards and 3 touchdowns while Ogletree had 114 yards on eight catches. He had 25 receptions for 294 yards and no scores entering the game.

In a season that eventually saw the Giants go on to win the Super Bowl, little was expected of them in Week 1. The Giants defense that struggled down the stretch in 2006 and saw them lose six of their final eight games didn’t improve much in their 2007 season opener.

The teams combined to score points on nine of the first 11 drives in the second half. The Cowboys kept stretching leads. The Giants kept closing them, but not eliminating them.

Trailing 38-28, Eli Manning connected with Plaxico Burress to cut the Cowboys lead to three with just over four minutes left. The defense, under new coordinator Steve Spagnuolo, had another chance to make a big stop.

However, Tony Romo and the Cowboys were able to answer and put the game away. Sam Hurd’s 51-yard touchdown reception from Romo that gave Dallas a 45-35 victory. Romo finished with 345 yards and four touchdowns on the day.

In his first NFL game, Hershel Walker introduced himself to the NFL on Monday Night Football. Cowboys starting running back Tony Dorsett, who publicly complained about Walker’s million-dollar contract, left the game with a sprained ankle in the first half. His injury opened the door for Walker to be the hero.

Trailing 28-24 after Phil Simms and Bobby Johnson connected on a 44-yard touchdown pass, Walker and the Cowboys took over at their 28-yard line with just over two minutes left.

Led by quarterback Danny White, the Cowboys marched 72 yards in just 54 seconds. Walker’s 10-yard TD run with 1:16 remaining was his second of the game and gave Dallas a 31-28 win. The former USFL star and Georgia Bulldog finished with 96 yards from scrimmage (64 rushing, 32 receiving).

Despite their loss, the Giants would recover and go on to win their first Super Bowl in franchise history.