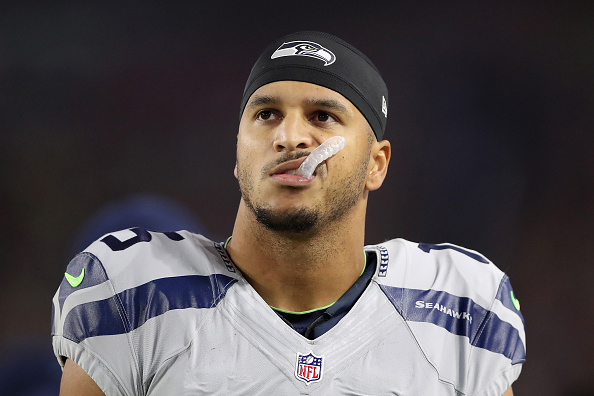 New York Jets WR Jermaine Kearse spoke with the media for the first time since being traded. What can we expect from him on the Jets?

With New York Jets wide receiver Quincy Enunwa out for the season, the Jets were missing a key ingredient on offense… a veteran wide receiver. Earlier this offseason the Jets parted with their veterans Eric Decker and Brandon Marshall, leaving the Jets receiving corps a little green.

The Jets apparently weren’t satisfied with the lack of that veteran savvy at the position and had motive to move one of their defensive stars in Sheldon Richardson. Last week, they hit two birds with one stone with their blockbuster trade.

While the crowned jewel of the deal is centered around the second round draft choice the Jets acquired from the Seattle Seahawks, there was another piece of the trade. No, I’m not talking about the swapping of seventh round picks.

Jermaine Kearse. I can hear the collective boo already from the fan base. I assume you’ve heard of the most interesting man in the world in those alcohol commercials? Well, Kearse may just be the most forgotten man in the world.

Kearse’s career statistics are marginal at best. He’s never had more than 685 yards in a season, despite being a starting receiver in the NFL. Although, the Seahawks were never known for their prowess of passing the pigskin.

However, while his overall stats are underwhelming, his individual plays have been marvelous and timely.

A NFC Championship game winner doesn’t look too bad on the resume. Nor does THE play in the biggest game of them all, the Super Bowl.

#FBF To when Jermaine Kearse made this insane catch in the superbowl! pic.twitter.com/t91H0ig3WV

Of course, no one would remember that play because of a certain decision at the goal line that resulted in Malcolm Butler intercepting a pass to seal yet another championship for the New England Patriots.

You can just throw all of that on the shoulder of Kearse, who is using all of that as motivation for the next step in his NFL career.

.@JKearse_15: "I'm here to do whatever I can to help this team win games…I got a chip on my shoulder and I have a lot of things to prove." pic.twitter.com/ajLMzCcdBS

Essentially, Kearse was a throw-in for the trade that got him to Gotham. The Jets would’ve been more than satisfied with the draft selection, but getting Kearse was gravy. Perhaps with extra motivation, Kearse can help whoever is playing quarterback for the Jets this season.

NEXT: The New York Jets Defense Can Finally Get To Work With Sheldon Richardson Gone