After a dominant performance in preseason game three, should the New York Jets reconsider and build around Sheldon Richardson instead? 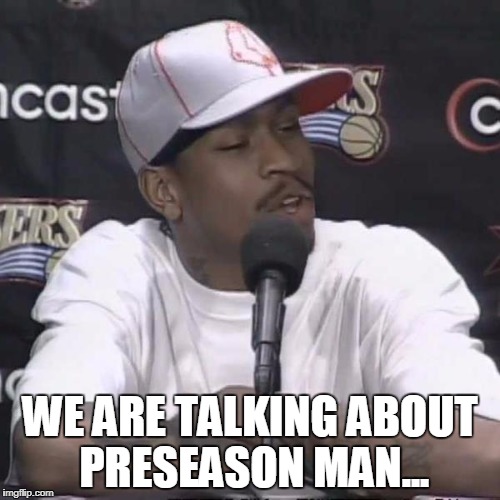 Yes I know we’re talking about preseason, but hear me out. Sheldon Richardson was dominant for the New York Jets. He forced the Eli Manning interception early in the game and had a great pursuit sack.

This is the perfect storm for the Jets. Throughout this offseason, the big storyline has been the possibility of trading Richardson if the price is right. Well to put it frank, the price hasn’t been right. Rightfully so, the Jets haven’t sold him at a bargain discount.

So now only good things can happen for the Jets. Let me explain.

If Richardson continues to ball out into the regular season, his price tag is only going to go up. He’s in a contract year so he’s building that up as well. When adding in his trade value, the Jets could maximize his value and sell him to the highest bidder at the trade deadline. But there’s also a third option.

This option seemed obvious when he was drafted and went on to win Defensive Rookie of the Year. Although a lot has happened since then — including off the field and on the field issues. And what’s to say once he gets that fat cat contract extension he doesn’t just pack it in?

That can’t be answered, so maybe the safest move is to trade him during the season. Although I think a lot of that will be answered by what Muhammad Wilkerson does or rather doesn’t do this year.

He’s got a huge opt out that the Jets are taking a hard look at after the 2017 season. Perhaps his play last year was because he rushed back from injury — or perhaps he has regressed. We’ll find out that answer this season.

With the Jets entering a new era next year with a ton of cap space and some premium draft selections, the front office will have to be frugal on what players they keep and what ones they let go.