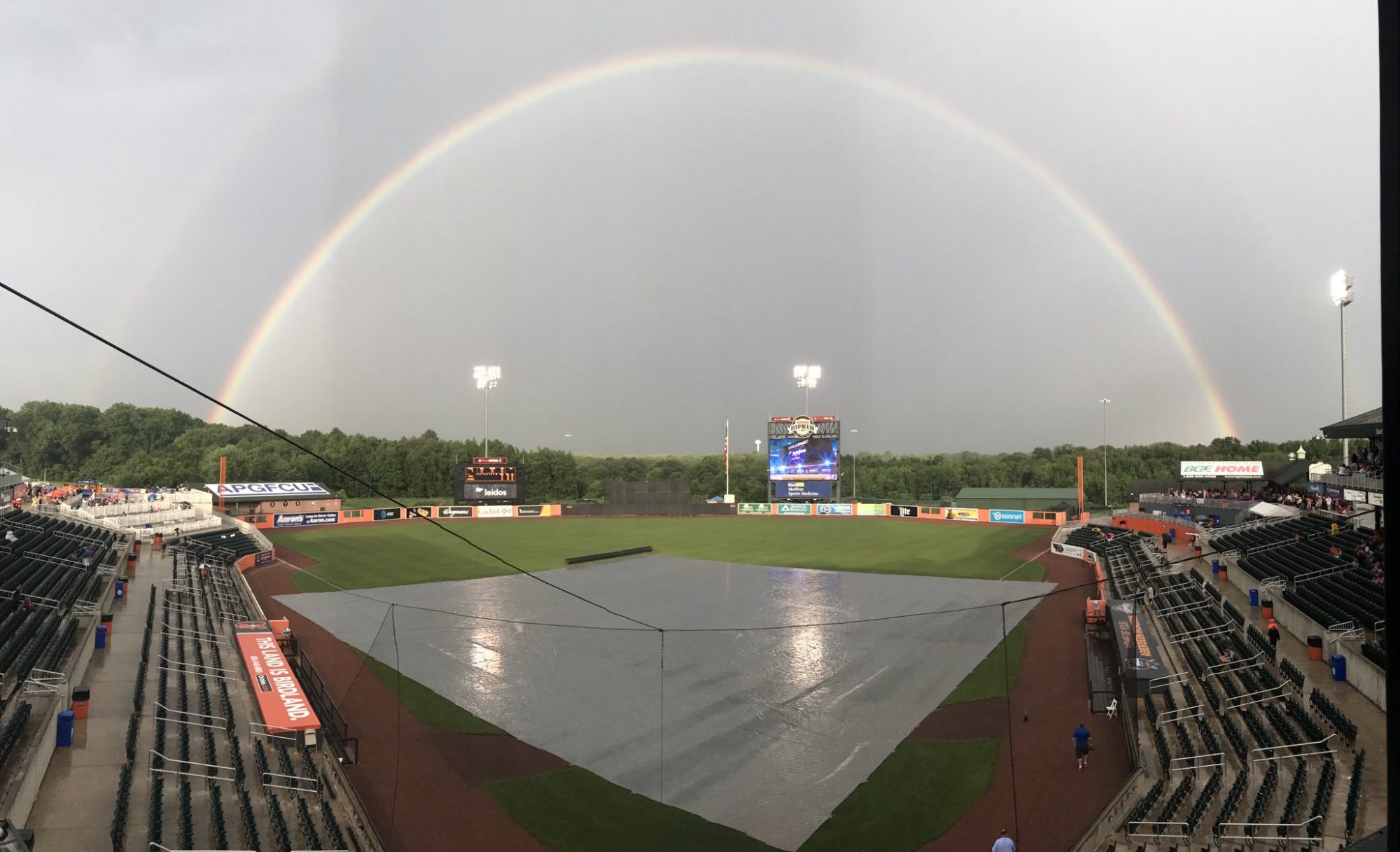 Jimmy Murphy wasn’t expecting to be picked on the second day of the 2017 MLB Draft, but he’s not complaining.

It’s been two months since the unranked Murphy was selected in the eighth round of the draft, an experience he called “unreal” in an interview with the New York Post. “I was definitely not expecting it,” he said. “It’s a humbling experience.”

Murphy didn’t have any Division I scholarship offers until the end of his senior year of high school when he picked up one from the Fordham Rams.

And he couldn’t be more grateful.

“Fordham did a lot of things for me,” Murphy said. “I think I grew up a lot from my freshman year to my fifth year as a senior. The coaching staff there was unbelievable, helping me grow not only as a player, but also as a person.

“I had some struggles early on in my career, but just being able to be there and have that support group got me through those problems — injuries mostly. It was big for me in my development.”

After missing his entire sophomore year with a torn hamstring, Murphy exploded onto the scene. During his senior season, he went 6-7 with a 2.59 ERA and 85 strikeouts. For his play, Murphy was named Atlantic 10 Pitcher of the Week twice and was an All-Conference selection.

He credits much of his recent success to the things he learned off the field when he was rehabbing from his serious hamstring injury. “You see all your buddies out there playing, you’re up at six in the morning doing lifts and workouts and stuff,” Murphy said. “It was kind of easy to stay focused, and just want to get healthy and get back to be able to perform.”

With his injury woes behind him, Murphy has taken the next step. With a low 90’s fastball and high-end curve, he has become one of the Ironbirds’ top hurlers. In 7 appearances this season, he’s 2-2 with a 2.14 ERA and 14 strikeouts.

“It’s been a lot of fun,” Murphy said. “The talent isn’t too much different, I think, but the schedule and grind of the season definitely takes a toll on your body and your mind. So just coming here and playing a game every day has been the biggest adjustment.”

Another adjustment: establishing a changeup. If he can do that, the future is limitless.

“Establishing a changeup. My fastball has always been the strong pitch for me, but getting ahead and using the breaking pitch is kind of what I did in college and adding that third pitch here is going to help me going forward.”

On Wednesday, Matt Harvey tossed 3.0 scoreless innings in his second rehab start with the Cyclones. He threw 36 pitches, 26 of which went for strikes, and recorded a near perfect third inning, despite not being slated to last longer than two. He finished with three strikeouts, one hit and zero walks.

Three up, three down for Harvey. @EliteSportsNY pic.twitter.com/ecPW1KbUlw

"That was cool, it was my first time here" —Matt Harvey on MCU Park debut. pic.twitter.com/6cNKYYbviX