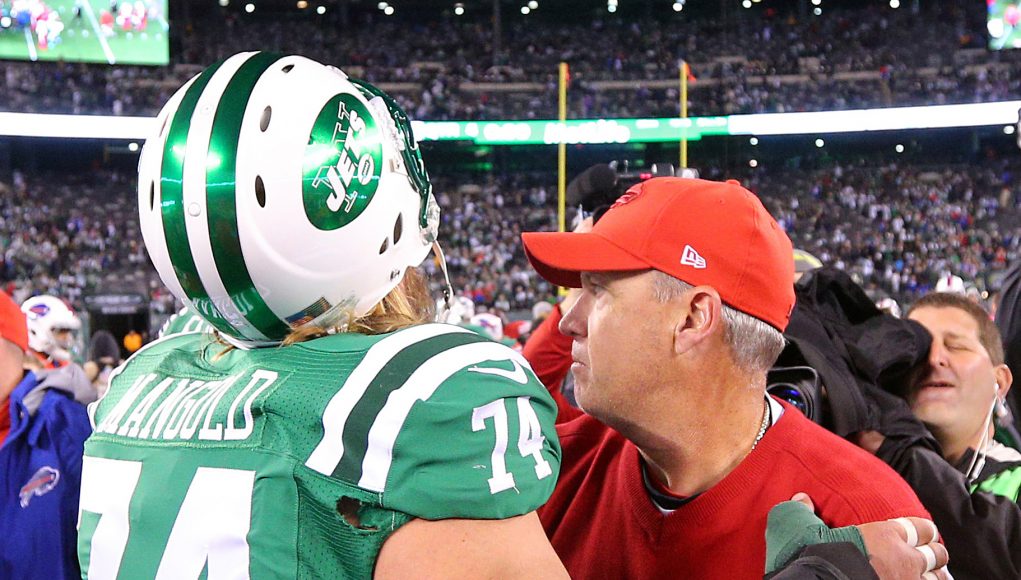 Ex-Bills head coach Rex Ryan said he would be open to returning back to the Jets. The real question is, would fans be open to taking him back?

In an interview with the New York Daily News, ex-New York Jets and Buffalo Bills head coach Rex Ryan was asked if he would ever be open to coming back to the Meadowlands.

The following quotes are all from the mouth of Ryan himself — and these quotes are … interesting.

“I’m definitely never going to say never on that one. I love New York. I do. I love the people. I got a ton of friends — lifelong friends in that organization. I’ll never say never. I don’t know in what capacity, but I’ll leave that open for sure.”

“I liked Woody and his family. (Woody’s younger brother) Chris Johnson now will have a bigger role with that team. I’m telling you, they’re good people. They mean well. They want to win too. The New York Jets owner, Mr. Woody Johnson, wanted to spend money. Woody wanted to spend every damn penny of (the money under the salary cap) and yet we saved it.”

“I had six years there and I enjoyed every one of them. I know I was supported. It might not have been 100 percent support throughout the organization (see: Idzik). But it was probably 99 percent. So, that was awesome. I love that support that we got. It felt like a family.”

“I loved the fans too. The fans were awesome. They never stopped supporting me when I was in New York, even when it was a disaster (of a) season. I still felt the support of the fans. That’s an unbelievable feeling. That’s what was so painful. I felt like I let them down. When we went 4-12, I wanted to win so damn bad for them.”

“I love New York. There’s some people who, for whatever reason, don’t like New York, but I’m not one of them. I love New York and I love the people of New York … and I missed it. I’m on the streets going to restaurants and it was great. It’s like I never left.”

Ryan will be a panelist on ESPN’s NFL Sunday Countdown this weekend, breaking down the Patriots–Falcons Super Bowl LI matchup. He said that he’d like to explore different roles in television for at least a year to figure out whether he actually likes it.

Ryan was 15-16 during his two seasons in Buffalo. Upon accepting his then new gig, Ryan specifically said this would be his last job after six seasons in Gotham.

Whether he’s being truthful or not, there’s some real love in what he said. Or he could simply be playing the New York fan base, trying to accumulate higher ratings for this Sunday’s show. But that’s the thing with Rex – you never know.

There’s no doubt he should have no problem fitting in to TV, as it seems broadcasting was something he was born to do. Head coaching, now that’s a different story. Rex is not the worst coach in the history of the game, as he was one of the brightest and most brilliant defensive coaches in the NFL. There’s no question about that. Plain and simple the man does love football.

We want to hear from you New York Jets fans. Would you take Rex Ryan back as a coach? We’ll give you three options to pick from – would you take him back as a head coach, a defensive coordinator or not at all.

Here’s your opportunity to sound off Jets Nation…

Jets’ Robert Saleh does not commit to Zach Wilson as QB

This is definitely not the QB comparison Jets’ Zach Wilson wants