Darron Lee of the New York Jets spends his morning thinking about social justice and “Yo Mama” jokes.

New York Jets LB Darron Lee may not have had much success on the field this season, but he is gaining a lot of traction on Twitter. Lee followed up his rant on Chipotle workers by tackling a much bigger issue: race relations in America.

In a season that saw San Francisco Quarterback Colin Kaepernick shock the nation by kneeling during the National Anthem, Darron Lee is forcing his Twitter followers to think about how the other half lives.

Around 6 a.m. ET this morning, Lee’s growing frustration can be seen as he starts out “MANNNNNN I’M HEATED ???.” What follows is an interesting combination of anger, confusion and consciousness.

(Most, if not all of the Tweets have since been deleted.)

One week after protests marred the inauguration of arguably the United States’ most divisive President, Lee is stirring emotions by continuing the conversation.

“Can we truly understand each other’s trails and tribulations?” “How do we move from here?” “What will the next four years bring?”

All questions that have different answers based on who you ask. Lee’s rant is a small part of a much larger situation.

The thread reaches its climax as Lee engaged with fans who questioned his views. 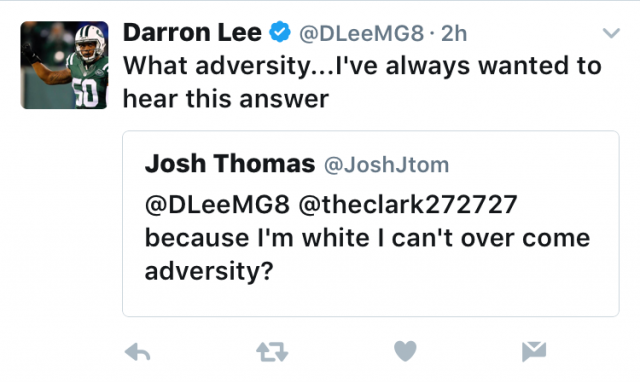 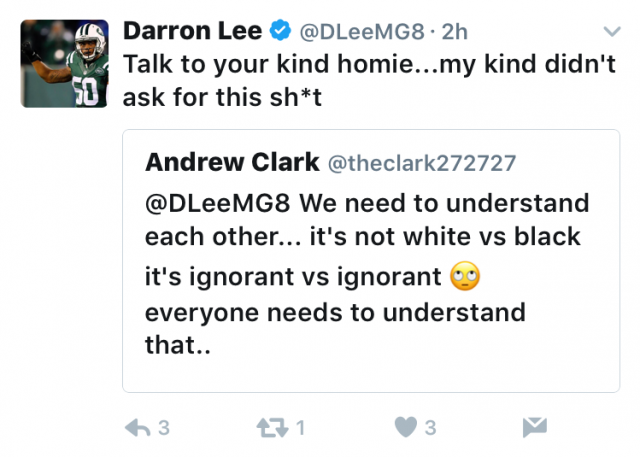 Lee challenged Twitter’s Andrew Clark to work to address racial tension by working with his own “kind.” Lee’s harsh reaction led to many others antagonizing the New York linebacker. 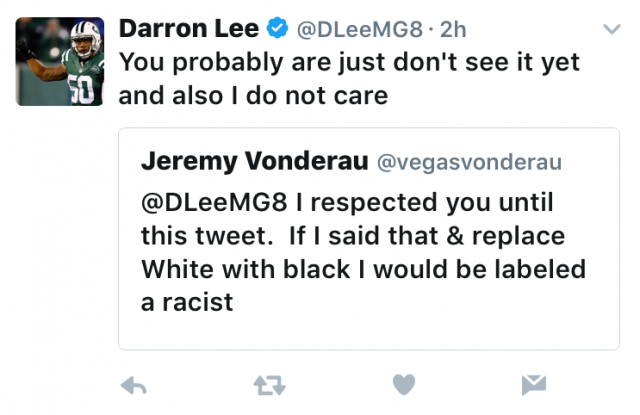 The back and forth entered the realm of disrespect as Lee takes offense from a tweet and comes back with an insult to one of his follower’s mother. 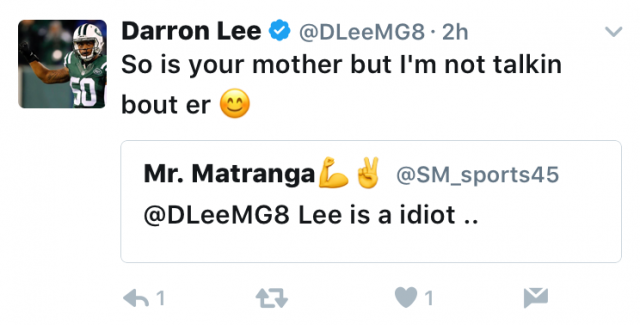 Although this back and forth wasn’t as sophisticated as his critics would want it to be, it does once again bring to light a pressing issue.

There is an undeniable divide across America. Whether it is race, class or religion, the conversation must be had. Lee’s thoughts at 6 a.m. ET are reflective of how many across America feel throughout their day.

The tweets would later be deleted, but Lee’s sentiments have already begun to stir debate.