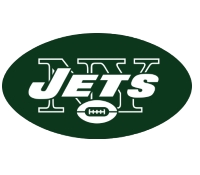 Healthy (pun intended) sized injury list this week. Quincy Enunwa, Muhammad Wilkerson and Brandon Marshall are all expected to suit up for this contest. Matt Forte will be a game-time decision. After the career day Bilal Powell had last week and the fact that the Jets are only playing for pride, they should allow Matt Forte to rest his injury to not risk any further damage.

Brent Qvale more than likely missing this game means 2016 5th round pick Brandon Shell out of South Carolina will get his first career start.

Ryan Tannehill being out is a big story, but the Dolphins have an experienced backup in Matt Moore to fill in until Tannehill returns. It was originally feared that Tannehill was lost for the year after taking this hit:

During the week it was discovered the knee injury was a sprain, and Tannehill’s season would not be over.