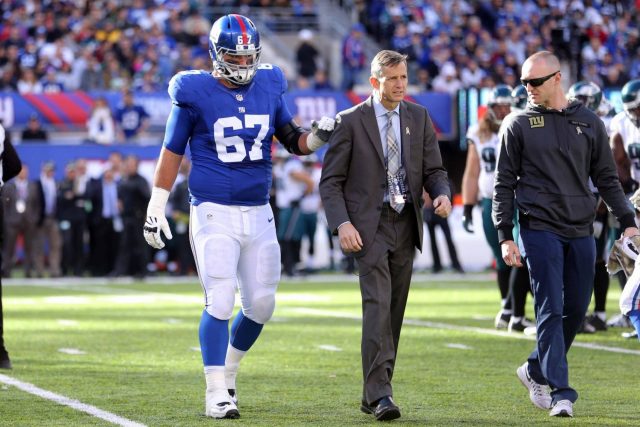 Hoping he would participate in game action for the first time since facing the Eagles back in Week 9, Justin Pugh has been ruled out for the fourth straight week due to a sprained MCL.

Since Pugh participated in practice every day this past week, one could suspect a better chance of an active status come the Giants’ Week 14 date with the NFC-leading Dallas Cowboys on Sunday night.

NEXT: Matchups to Watch