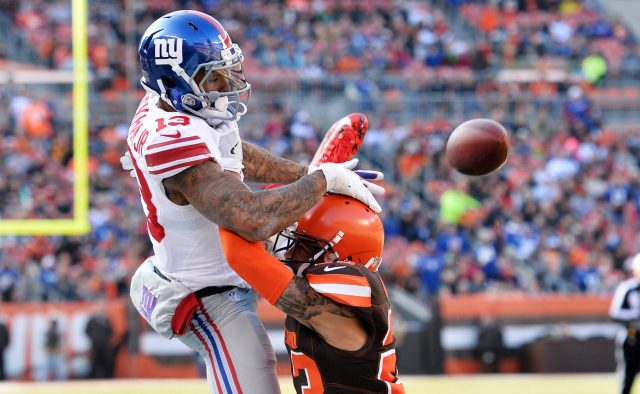 You cannot stop Odell Beckham Jr. You can only hope to contain him.

Dan Patrick’s famous SportsCenter phrase specifically describes just how electric this New York Giants playmaker is. And as per usual, OBJ did it again in his team’s latest matchup.

Facing the Cleveland Browns on the road, Ben McAdoo’s squad finds itself in a struggle. Hugh Jackson’s winless team — as they usually do — is fighting tough.

Only leading by a count of 7-3, Eli Manning found his favorite target immediately after Cleveland kicked a field goal:

A simple shallow cross was taken to the house thanks to pure speed.

And this happened after OBJ left the game with a thumb injury.

With the two teams resting at halftime, New York holds an uncomfortable 14-6 lead.

NEXT: A win in Cleveland establishes legitimacy