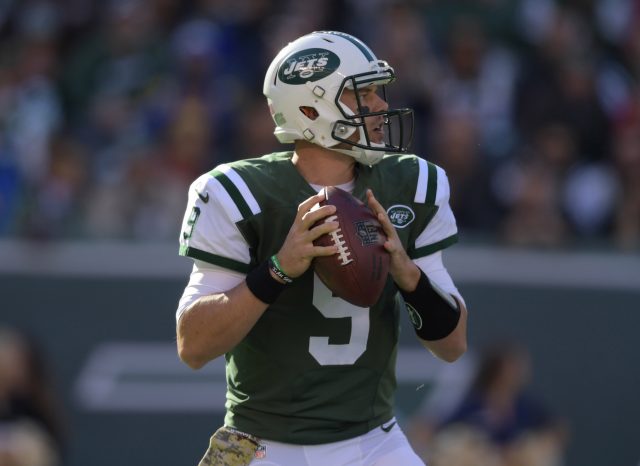 Bryce Petty, Brandon Marshall, Bilal Powell, and the rest of the New York Jets pull off a phenomenal trick play against the Rams.

Now this one was a beauty.

Trailing 3-0 in the second quarter against the Los Angeles Rams, Bryce Petty led his first touchdown drive in the NFL. It was memorable as it could possibly be.

On third down, it looked as though Chan Gailey dialed up one of his familiar wideout screens to Brandon Marshall. Instead of a straight screen, B-Marsh flipped the ball to Bilal Powell and with Quincy Enunwa doing his job sealing the edge, the Jets third down back walked into the endzone:

The second year Baylor product received the start in favor of the injured Ryan Fitzpatrick. Through two quarters of play, Petty’s completed on 10-of-14 passes for 112 yards and that lone score.

He also connected with his favorite target Robby Anderson on a beautiful 52-yard 9-route down the left sideline with Petty standing in his own endzone. It was the start to the 99-yard TD drive that ultimately led to the Powell TD.

At halftime, the two teams rest with the score in favor of the Jets 6-3.