Ryan Fitzpatrick and the New York Jets head down to South Beach to take on Jay Ajayi and the Miami Dolphins in Week 9 of NFL action.

Todd Bowles’ New York Jets have come out victorious over the last two weeks. Interestingly enough, you wouldn’t know it.

Everything buzzing around this team in the city has been more negative that the 1-5 record New York showcased over the first six weeks of the season. Nevertheless, Gang Green will look for its third straight victory in South Beach against red-hot Jay Ajayi and the Miami Dolphins this Sunday. 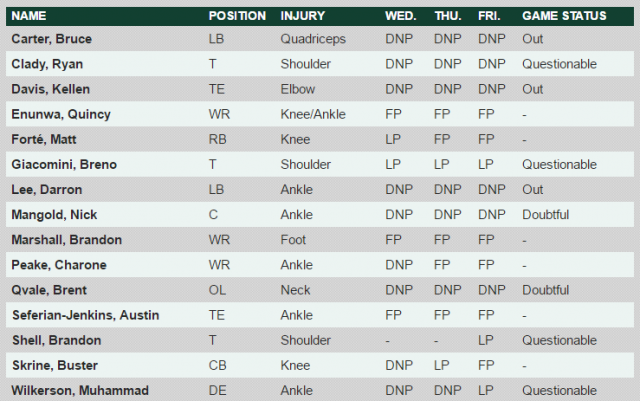 Miami will be without the services of tight end Jordan Cameron, corner Xavien Howard, and tight end Dion Sims.

With the Fins off last week, head coach Adam Gase has had two weeks to prepare for this one. Now that rookie running back Jay Ajayi is firmly planted as the No. 1 back in Miami, Gase will sure to have some new wrinkles up his sleeve.

New York ranks fifth in the NFL in run defense, surrendering a mere 93.1 yards a content. Ajayi has piled up a ridiculous 418 yards and three TD over his last two games.

With the Jets pass defense so horrid, the worst thing Bowles and company can do is pay too much attention to stopping Ajayi. Provide a balanced look early and adjust thereafter. Bowles’ tendency is to stack against the run and play heavy. He can’t afford to do it, even in this situation against such a hot back. And even an average Ryan Tannehill can cut up this Jets secondary.

Get The Running Game Going:

It’s not a coincidence that Fitz and the Jets offense has seen success over the last two weeks and the running game has gotten going. Matt Forte and Bilal Powell need to be fed early and often against this 24th ranked Fins run defense.

From a Jets point of view, good feelings don’t come along with this game. They barely squeaked by the winless Cleveland Browns a week ago.

On the other hand, the Browns, if you’d paid close attention, have been a pesky opponent all season long. They simply don’t quit, despite a lack of talent.

The absence of Mangold and Lee doesn’t provide warm feelings, but I’ll take the Jets to pick up their third straight win. Just when you want to bury them, they’ll shock you. That’s the Jets organization.