John Henson‘s buzzer-beater tip-in broke the hearts of the Brooklyn Nets as the Bucks took the game 110-108 in Milwaukee. 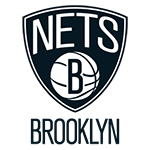 It was heartbreak city for Kenny Atkinson and the Brooklyn Nets on Saturday night.

Squaring off against Jason Kidd‘s Bucks in Milwaukee, John Henson tipped one in at the buzzer to provide his Bucks the 110-108 win.

For Brooklyn, it was Bojan Bogdanovic who paced the way with 26 points. His 3-pointer with 11.6 seconds to go in regulation tied the game at 108. The Nets only connected on 11-of-35 from beyond the arc, a number that ultimately doomed them.

Saturday night’s game was the first hard struggle for Jeremy Lin, who shot just 4-of-16 from the floor (12 points). He did finish with 10 dimes.

The Nets will next return home and welcome in Dwyane Wade and the Chicago Bulls for a Monday night contest.

All the angles and slow motion as @johnhenson31 gives the Bucks the W. #OwnTheFuture pic.twitter.com/op0rbNmqrb

Tough loss. #Bucks take it 110-108. But this incredible bucket by @44Bojan to tie things up in the 4th was sensational. #BrooklynGrit pic.twitter.com/O9zMT8EE9n

Can't touch us. Another look at that #Nets ball movement. pic.twitter.com/bgXsWV6oFv

First win as an @NBA Head Coach.
First win in front of the home crowd.
Whole lot of #BrooklynGrit to come. pic.twitter.com/mIASedk25k

NEXT: Lin Dazzles In Brooklyn Debut