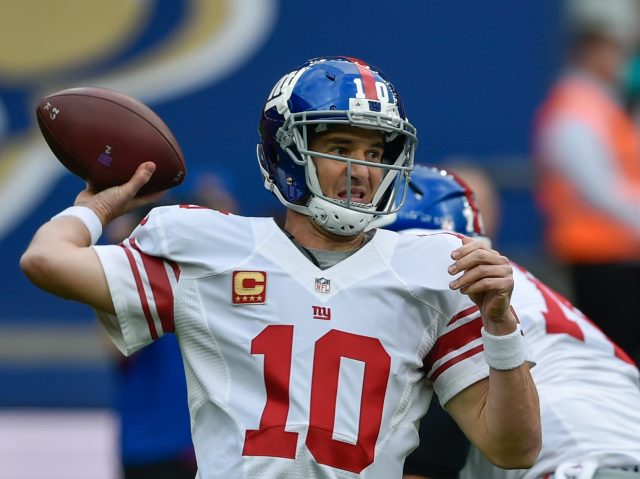 New York Giants quarterback Eli Manning used an interesting name at the line of scrimmage during his team’s 17-10 victory in London.

It’s not quite “Omaha.” That’s for sure.

The famous city that Peyton Manning made famous during his later years while playing in the National Football League isn’t the same cadence little brother Eli uses.

Instead, he’s broke out a new cadence word.

Did you hear the magic word in the video above? That’s right, New York Giants quarterback Eli Manning used the name of “Trump” at the line of scrimmage in his team’s 17-10 victory over the Los Angeles Rams in London on Sunday.

We know Tom Brady is a hardened supporter of Mr. Donald Trump, but we don’t know where Eli stands.

Perhaps Hillary Clinton is feeling a little jealous at the moment.