Eli Manning, Odell Beckham Jr., and the rest of the New York Giants are in London to take on Todd Gurley and the Los Angeles Rams.

After this one, the New York Giants will head into their Week 8 BYE. Therefore, finding a way to take out Jeff Fisher‘s Los Angeles Rams in London on Sunday will be a major deal.

Climbing that ladder towards an over .500 record at 4-3 will be critical for the Giants while you eat your breakfast on Sunday morning. That’s right, kickoff will take place at 9:30 p.m. ET thanks to the overseas backdrop of this one. 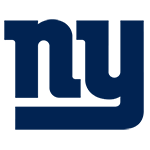 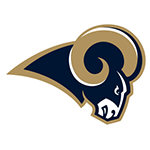 The Giants are relatively healthy walking into this contest while the Rams feel good about their health as well. The one notable change is at the kicker position with Robbie Gould in and Josh Brown out, after being placed on the commissioner’s exempt list.

Keys For The Giants:

First and foremost, rewind the clock back to when the Rams last played the Giants. Odell Beckham Jr. was a subject of conversation after St. Louis targeted his rather emotional state.

While guys like Cortland Finnegan and Janoris Jenkins no longer roam the Rams secondary, Jeff Fisher‘s defense is always a dirty bunch. OBJ will have to keep his emotions in check if Eli Manning and the offense wants any shot of piling up points. Fisher will have his Rams defense target No. 13.

The other key will come down to limiting Todd Gurley in the contest. Force Case Keenum to throw the ball more than he or the Rams want and create a one-dimensional offense.

Coming into the game relatively healthy, the G-Men should have little issue in picking up their fourth win of the season and getting back into the over .500 club. Look for both Eli and Sterling Shepard to have big games. After OBJ’s performance against Baltimore in Week 6, L.A. will focus too intently on No. 13.