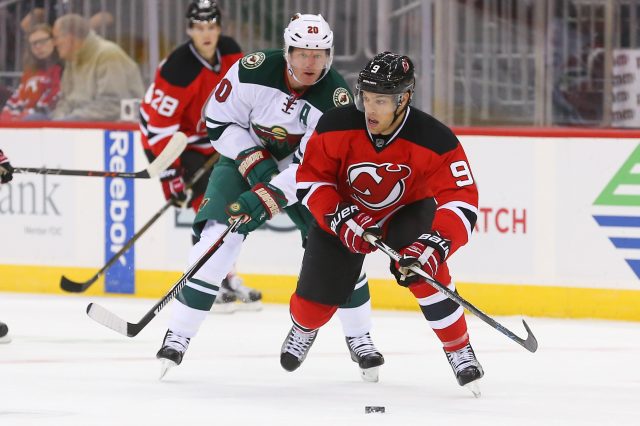 With the score deadlocked at one in overtime, Taylor Hall went five-hole at The Rock to win it for his New Jersey Devils.

With the score knotted up at 1-1 in overtime, the New Jersey Devils needed somebody to step up to deliver them two points at home.

Working a two-man game with teammate Adam Henrique, Hall beat Devan Dubnyk five-hole to get The Rock in a frenzy:

Taylor Hall does it again. He gets The Rock absolutely ROCKING after this five-hole OT winner. #NJDevils pic.twitter.com/rg9ED4wTKi

The other goal scorer for New Jersey came in the form of P.A. Parenteau, who scored 11:56 into the final frame with the Devils down 1-0.

Corey Schneider stopped 28-of-29 shots in earning third-star honors. The Devils now have five points on the young NHL season.

Tonight's #NJD3Stars of the Game:

Schneider on the comeback: It feels good, but we need to string W's together. #MINvsNJD

NEXT: Devils Are Still Missing Pieces