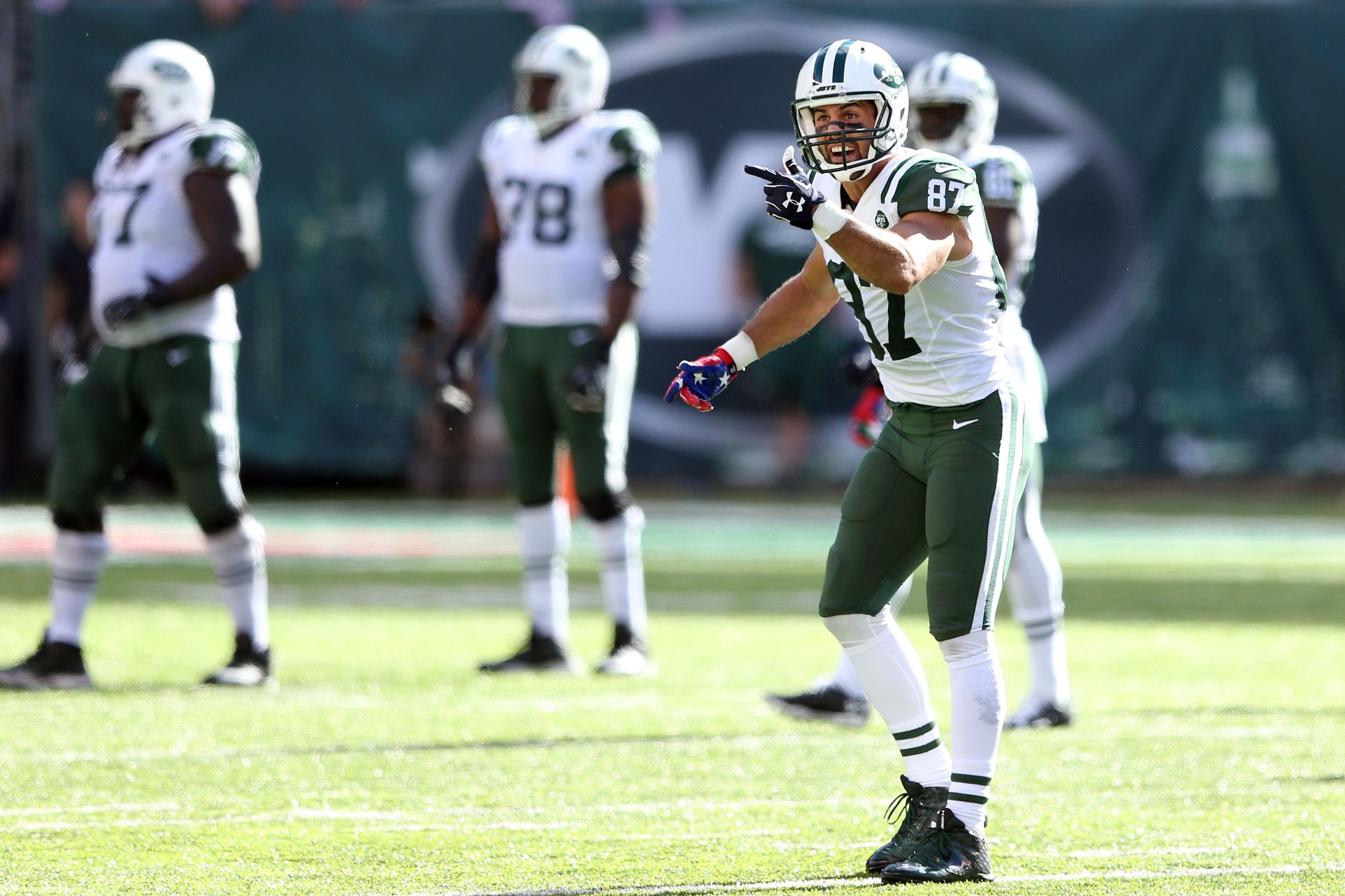 The New York Jets took an even bigger hit today when Eric Decker’s status for the rest of 2016-17 was made public.

Can it possibly get any worse?

If a 1-4 New York Jets football team was bad, a 1-4 unit minus Eric Decker is even worse.

Today, it was announced that the 29-year-old wideout, currently in his third season with Gang Green, will likely miss the rest of the season with a torn rotator cuff. Decker is expected to need surgery to repair the injury.

Ryan Fitzpatrick’s No. 2 option had only played in three games this season prior to going down. In those contests, he caught nine passes for 194 yards, finding his way into the end zone twice.

After this year, Decker will have two years left in his five-year deal with New York.

This bit of news should be taken with the glass half empty mentality.

24-year-old Quincy Enunwa, who has impressed thus far out of his unique TE-like (Y) spot, will be forced into an unfamiliar role as the Jets’ primary option behind Brandon Marshall.

If there were — there probably weren’t — any positive factors extracted from this Jets team moving forward, they are nonexistent at this point.

NEXT: The New York Jets Need To Involve Bilal Powell More In The Offense