Watch this New York Giants fan get under the skin of Washington Redskins defensive lineman Chris Baker prior to Sunday’s game.

“Hey Baker … you can’t touch your toes if you can’t see them!”

With that very friendly yet jabbing remark, it was on.

Check out the Instagram video above. This New York Giants fan heckled Washington Redskins defensive lineman Chris Baker to the point that it sparked a very quick but obvious response.

The response came right after the remark of, “What’s that growing out the back of your neck? The ponytail’s been out since like ’96.” 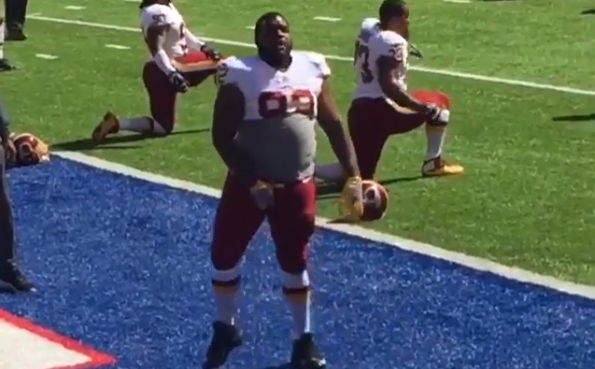 As a fan who’s near the players during the pregame festivities, it is your job to do what this kid did. Very rarely to these guys respond on the field.

As far as the last laugh was concerned, Baker won that with his team coming away with the 29-27 win at MetLife Stadium.

NEXT: This Giants Fan Has Meltdown Of Epic Proportions