Every now and then, college football injury reports bubbles up as a topic of conversation. It usually happens during Talking Season at summer media days. But we’re doing it during bowl season after CBS reported the Pac-12 will consider mandating them. Utah coach Kyle Whittingham was even asked about it during his Rose Bowl press conference.

Yes, there should be college football injury reports. Especially now that sports betting is legalized. But the only way they would work is if they were done right with the same integrity as the NFL’s injury reporting system. And that is not feasible given the sport’s construct.

The NFL injury reporting system works because there is a central set of practices and regulations. Even a whiff of impropriety leads to a thorough investigation. And if the league determines there was a violation, it comes down. Hard. It is very difficult to attempt chicanery, much less get away with it.

College football is decentralized with 10 FBS conferences and 14 FCS leagues. Then you throw in paranoid, wannabe-despot coaches who think everything falls under the umbrella of “competitive advantage.” And administrators who will hide behind legally-dubious interpretations of FERPA and HIPAA at every turn. The conditions make establishing a uniform system would be extremely difficult. And properly monitoring it would be impossible.

The NCAA got handed FBI wiretaps and couldn’t take down college basketball programs for cheating. They’re going to make sure 200-plus injury reports are on the level every week? Conference systems could work for conference games, but they would almost assuredly be stripped-down, mostly-useless versions of an NFL injury report. And everything would go out the window during non-conference games and the postseason. Bottom line: It’s not going to happen. And if it does, it will almost assuredly be a waste of time. But it is good material to yak about every few months.

MORE FROM ESNY:
• Geno Smith beating Jets gives him revenge-game hat trick
• Will Giants have to use franchise tag on Saquon Barkley?
• RIP Don West, the greatest TV pitchman ever
• 3 more free-agent hitters Mets could still pursue
• If Stephen A. Smith is working WrestleMania, can ‘Mad Dog’ Russo too? 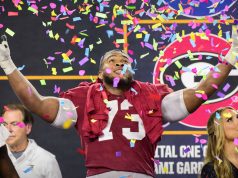 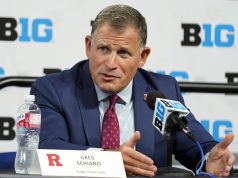