A board to determine the location and siting of up to three potential downstate New York casinos was approved this afternoon by the New York State Gaming Commission.

The commission appointed New York Women’s Chamber of Commerce President and CEO Quenia Abreau, former New York City Housing Commissioner Vicki Been, and Stuart Rabinowitz, who served on the 2014-2015 casino siting board, to the panel.

The board’s main task will be to determine the hosts and siting of up to three potential downstate casinos after a competitive application process is completed.

The casinos can be located in the five boroughs, Long Island, and the Lower Hudson Valley.

New York City, of course, has long been eyed by developers and casino owners as a potential location for new facilities.

The process is just beginning, members of the state gaming commission stressed Monday, with a determination on licenses unlikely to come before 2023 at the earliest.

Board steps and casino license fees

Next, the board will have to determine the fee for a new casino license, which can be no less than $500 million. 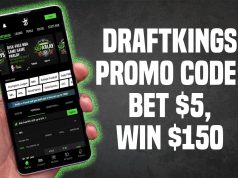