Yankees slugger Aaron Judge made history Wednesday night by tying Roger Maris’ American League record of 61 home runs. The ball landed in the bullpen, so no fans were able to capitalize on a historic moment from a financial perspective.

That’s only if you weren’t thinking ahead, apparently.

One fan went to this game in Toronto prepared with six Ziploc bags. Once Judge circled the bases, he must’ve immediately started taking them out to fill up so he could sell a piece of history that surely everyone would want.

No, he didn’t fill these bags with dirt. He filled them with air…duh. You can get this limited edition collectible for just $195 (plus $24.99 for shipping, of course). Here’s a peek at the listing on eBay: 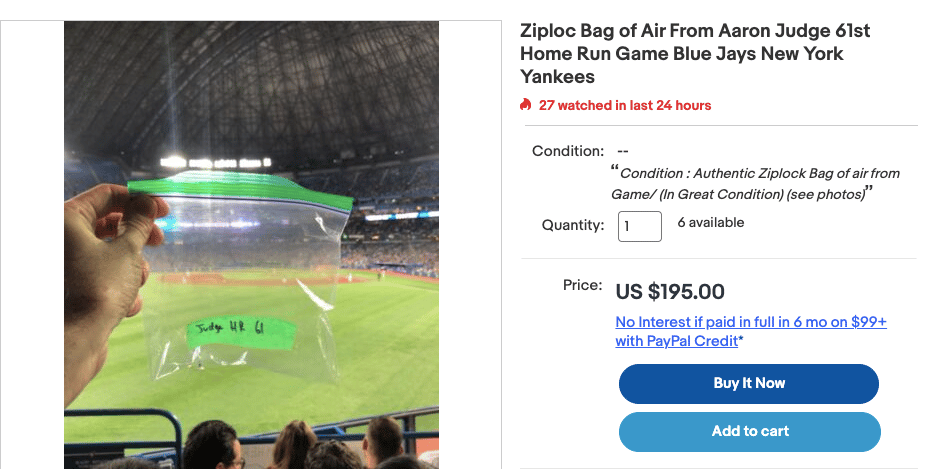 I mean, jeez…how could this not be authentic?! This person is obviously at the Rogers Centre and the Ziploc bag clearly states this is from Judge’s 61st home run. It has to be true. And he was sitting in left-center field, where the Yankees slugger hit his historic home run!

You have to applaud the creativity to make a few bucks, but my goodness, I hope nobody spends money on this. Even if they’re doing it just because they feel like burning a pile of money for no reason.