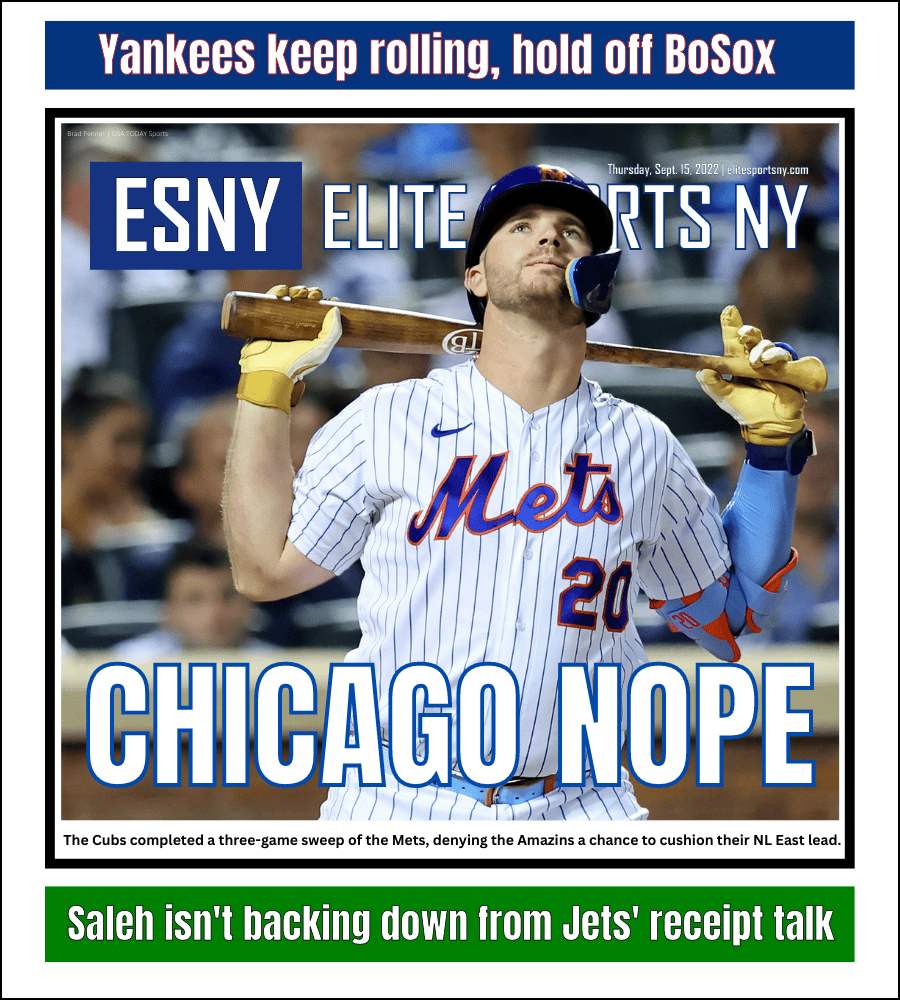 The Mets spent weeks lamenting how the Braves just never lost. That no matter how well they played, Atlanta still managed to gradually gain ground in the NL East.

Good news for the Amazins: The Braves have cooled off. The reigning world champions have dropped four of their last five. But the bad news? The Mets just got swept by the Cubs at Citi Field.

Mike Francesa put it best: “For the first time this year, a completely unacceptable stretch of baseball by the Mets,” the WFAN legend tweeted after the Cubs finished off the sweep.

The Mets could have a 1.5- or 2.5-game lead in the NL East. Instead, they remain just a half-game up. And they are now just 5-7 against the Cubs, Marlins, Nationals and Pirates during this so-called “soft stretch” that was supposed to help them hold off the reigning world champions for the division title. Now they will try to get well with a four-game set against the Pirates (while the Braves play three against the Phillies over the weekend).

Break up the Yankees! The Bombers have won four straight after Wednesday’s 5-3 win in Boston to secure a two-game sweep of the Red Sox. Their lead in the AL East is back up to six in the loss column over the Rays. It appears the full-on crisis has been averted. Now they just need to get everyone healthy.