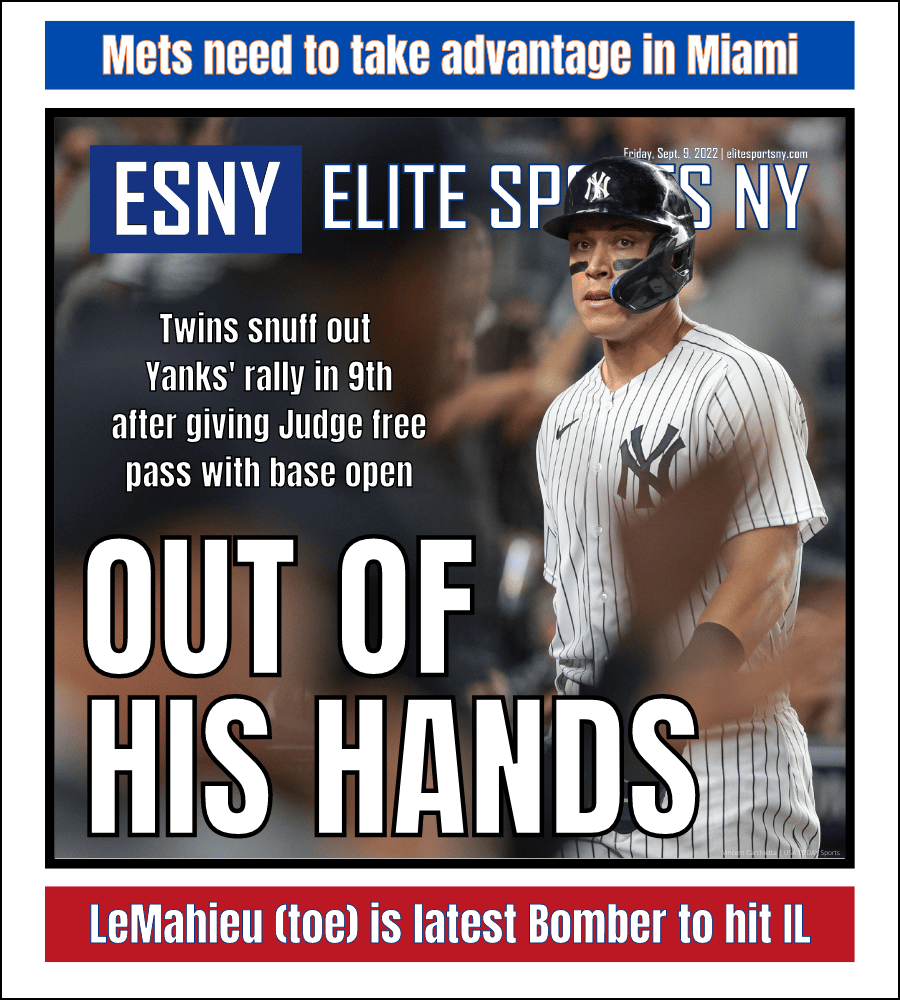 The lead story. The Twins stopped pitching to Aaron Judge in big spots. And it paid off Thursday night. They gave the slugger his fourth intentional walk in two days in the ninth inning and then halted the Yankees’ rally in a 4-3 win at Yankee Stadium.

The sidebars. The Mets will try to hold onto their slim lead over the Braves in the NL East with a weekend series at the Marlins. And the Yankees have placed another big name on the injured list — D.J. LeMahieu is now on the IL with a toe injury.

The standings. The Yankees’ loss column lead over the Rays in the AL East has shrunk to three games heading into a big weekend series. But the Bombers (83-55) have a 4.5-game lead in the standings. The Mets (87-51) still have a half-game lead on the Braves (86-51) in the NL East after both teams were off Thursday.

As long as they win their divisions, the Mets and Yankees are both in good position with the No. 2 seeds for the postseason in their respective leagues. The Yankees have an 11.5-game lead on the Guardians (10 in the loss column) and the Mets have a six-game edge on the Cardinals in the standings and loss column.

The take. Will the YES Network’s absence from almost all streaming services mean there will be fewer Yankees fans — and more Mets fans — in the future?