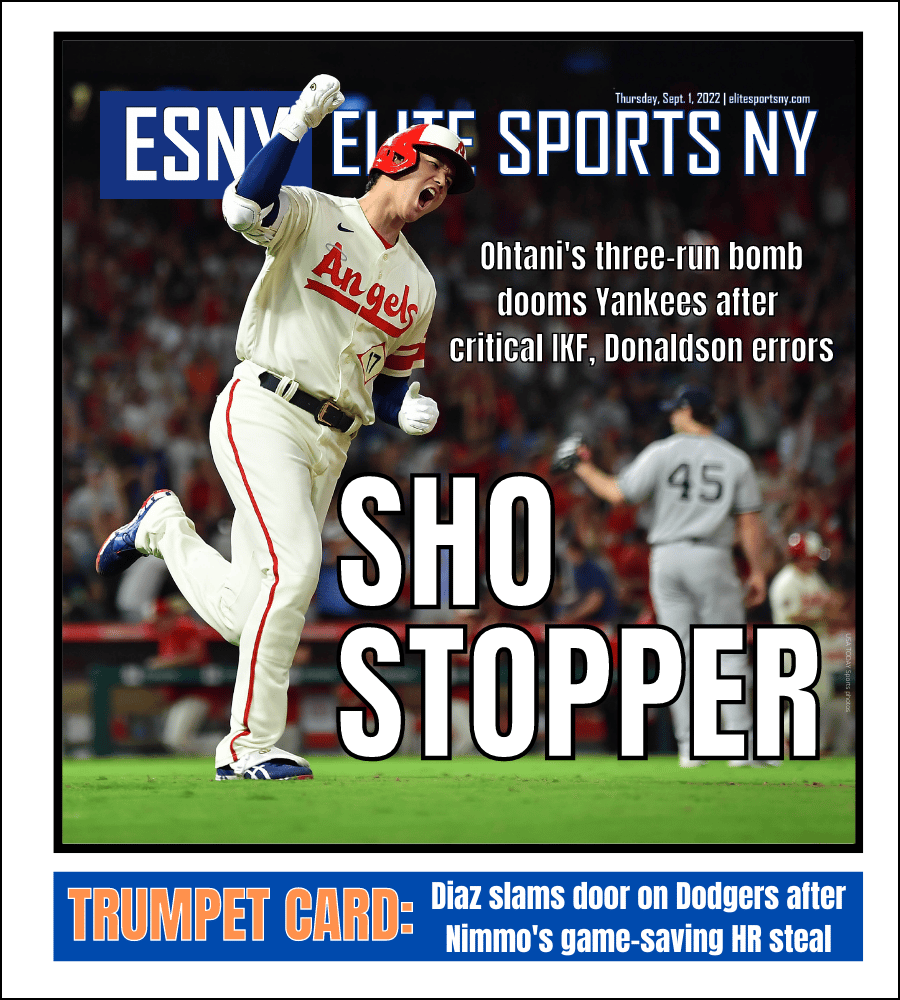 The lead story: The Yankees stink again. They’ve dropped four of five now after Shohei Ohtani’s three-run blast — aided by errors from Josh Donaldson and Isiah Kiner-Falefa — ruined a strong start by Gerrit Cole in a 3-2 loss in Anaheim.

The sidebar: Timmy Trumpet played the trumpet. Edwin Diaz slammed the door shut in the ninth. And the Mets evened their series with the Dodgers, winning 2-1 behind a typical Jacob deGrom performance and an incredible catch by Brandon Nimmo to rob Justin Turner of a home run.

The schedule: The Yankees are off. And the Mets will wrap up their three-game series with the Dodgers with a 4:10 p.m. getaway game at Citi Field.