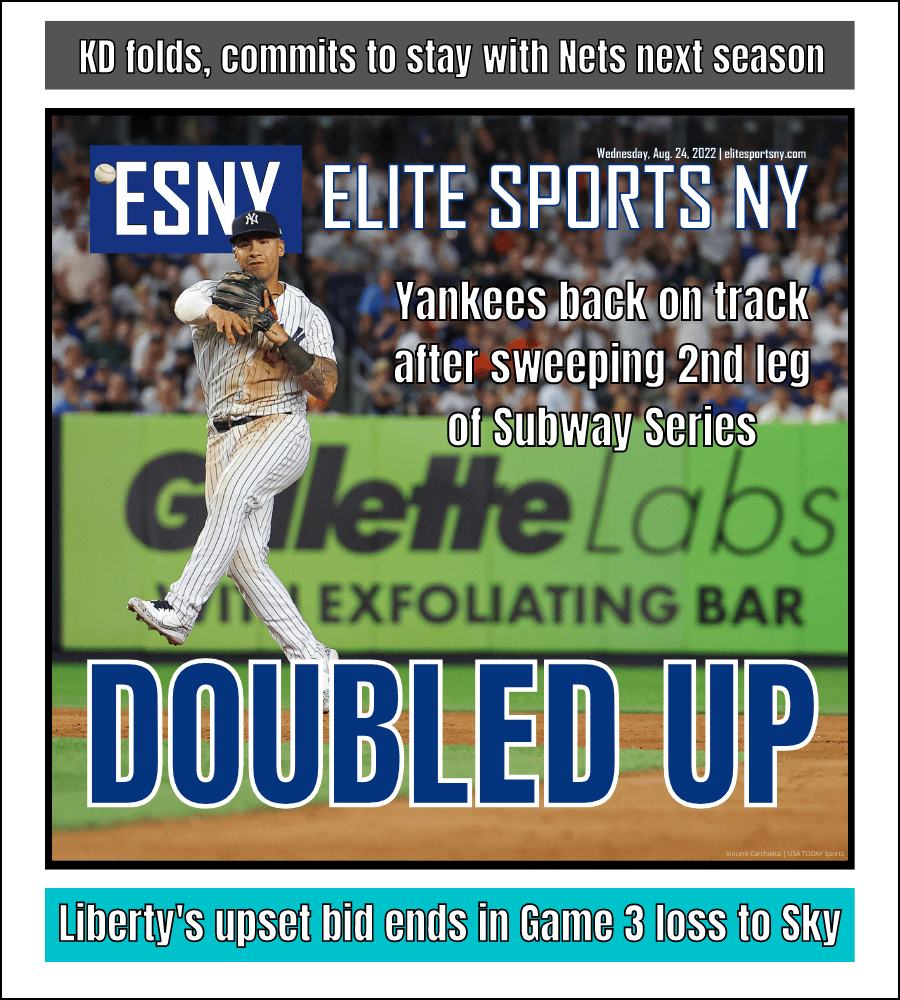 The lead story: The Yankees have their mojo back. The Bombers swept the second leg of the Subway Series with another 4-2 win over the Mets on Tuesday night in the Bronx. Aaron Judge blasted his 48th home run, Frankie Montas pitched well and the bullpen held the lead. And now we wait to see if we do it again in October.

The sidebars: The Nets are keeping the band together. Kevin Durant has capitulated and agreed to stay in Brooklyn after his trade demand was unfulfilled and his palace coup on general manager Sean Marks and head coach Steve Nash failed. And the Liberty saw their season end with a first-round loss to the reigning champion Sky in the WNBA playoffs.

The standings: The Yankees (76-48) have an eight-game lead on the Rays in the AL East. The lead is seven games in the loss column. Their lead for the AL’s No. 2 seed is 9.5 games over the Guardians (eight in the loss column).

The schedule: The Mets and Yankees are both off Wednesday. They will play next Thursday.