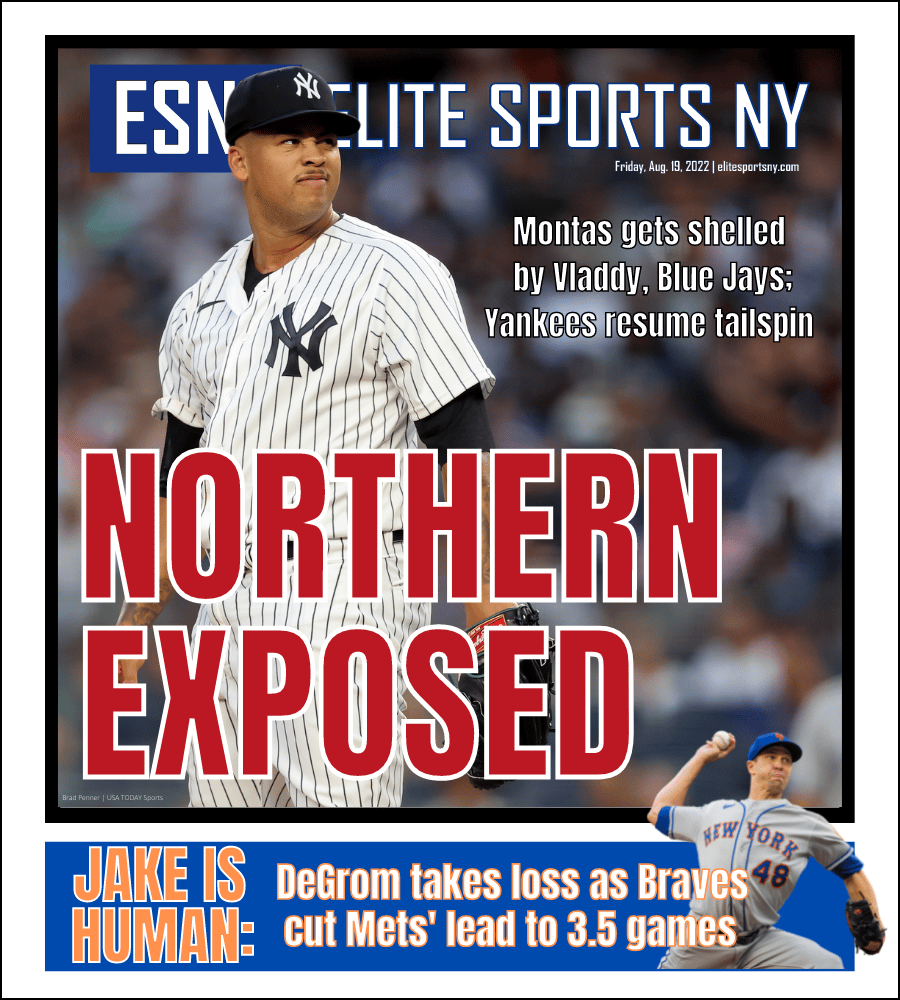 The lead story: The Yankees‘ return to winning ways was short-lived. The Blue Jays smacked them around on Thursday night, cruising to a 9-2 win after a five-run second inning against right-hander Frankie Montas. Montas allowed six runs on eight hits over six innings with two strikeouts and a walk. Vlad Guerrero Jr. launched a three-run shot for the Jays. Aaron Judge had an RBI for the Bombers.

The side bar: Max Fried edged Jacob deGrom in a pitchers duel as the Braves wrapped up a series win in Atlanta and downed the Mets, 3-2, to pull the NL East race closer. Michael Harris had a go-ahead RBI double for the Braves in the seventh inning.

The standings: The Yankees (73-46) have a nine-game lead on the Rays for first place in the AL East. The lead is eight games in the loss column. They have a 9.5-game lead (nine in the loss column) on the AL Central-leading Guardians for a top-2 seed in the postseason.

The Mets (76-43) are up 4.5 games on the Braves in the NL East. The lead is five in the loss column. And they have a nine-game edge (eight in the loss column) on the NL Central-leading Cardinals for a top-2 seed in the postseason.