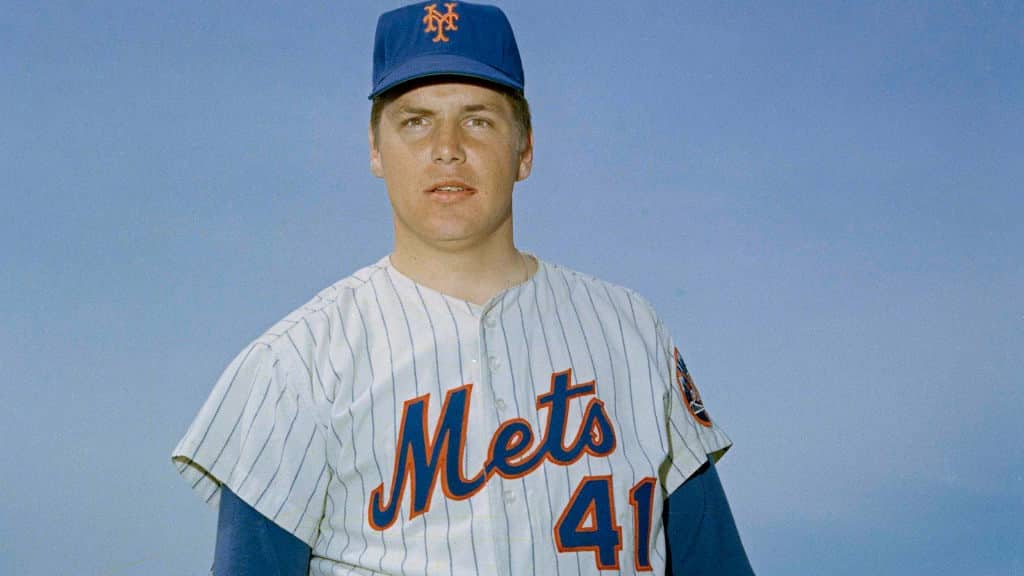 Over the past week, as we’ve waited for a new CBA to get the 2022 MLB season open for business, ESNY has taken time to look back at the best players in each decade for the New York Mets.

Now, let’s head back to the 1960s when the Mets were born — and won their first championship.

Four seasons for The Franchise to start his career fit into this time period. How did Seaver open his career? Rookie of the Year in 1967, National League Cy Young Award in 1969, a 75-44 record with 69 complete games in 144 appearances. And four All-Star Games between ages 22-25. He started great and remained Terrific during his career. The GOAT for the franchise.

Agee came to New York after back-to-back All-Star seasons with the Chicago White Sox in 1966-67 but struggled in his first season with the Mets. However, he hit 50 home runs the next two seasons and won a Gold Glove award in 1970. Agee finished sixth in NL MVP voting in 1969.

Playing second base primarily, Hunt was the runner-up for the 1963 NL Rookie of the Year Award and represented the Mets in two All-Star Games (1964, ’66) during his four years with the club. He was traded to the Dodgers after the 1966 season for for Tommy Davis and Derrell Griffith.

Never a big offensive threat for the Mets, Harrelson appeared in his first of two All-Star Games for the club in 1970. Across 2,331 plate appearances in this time frame, Harrelson’s OPS+ was only 75 with only two home runs.

Swoboda will forever be remembered for his incredible catch during the 1969 World Series (above). He, like so many early Mets, wasn’t a dynamic offensive threat; he drove in 304 runs in 737 games in this time frame.

Grote was an All-Star in 1968 and accumulated 584 total bases in 603 games during this time frame.

Taylor was a big part of the Mets’ bullpen during his time with the club. He finished 159 of the 224 games in which he appeared during this time frame with 48 saves.